The 2019 Young Inventors program kicked off last month with a series of events designed to inspire students about careers in manufacturing with presenters who are inventors and experts in the theme of “making things.”

“We’ve been doing the young inventors contest for several years; it actually started in Clarenceville about eight years ago,” said Chuck Dardas, president and CEO of AlphaUSA. “There are nine schools involved this year. There will be three winners at each school in addition to three overall winners.”

Dozer from Dozer Studio is a custom motorcycle builder and metal arts artist working most recently at the M1 Concourse in Pontiac creating custom-themed furniture, fixtures and workspaces for garage owners at the facility. Dozer’s work has been written about in the Detroit Free Press, the Grand Rapids Press, The Henry Ford blog and has been featured in Easyriders and Biker magazines.  In his life as a bike builder, he has won many awards and has appeared on television including the Biker Build-Off Series.

On Day One of the Young Inventors Kickoff, Dozer visited Franklin, Stevenson and Garden City middle schools-bringing with him two of his custom-built motorcycles. “I was always interested in things that move. In school, I didn’t like math and English, but once I started working on motorcycles and my art work, I realized that math, English and even biology all came into play.”

Dozer encouraged the students to learn from others. “I was blessed with having a lot of good mentors. I tried to learn different things from a lot of different people and you start to build upon those skills. Mentors are so important,” he said. “You guys today have YouTube and you can find anything on YouTube and see how it works. But that’s not mastery.  Mastery takes time.  Don’t worry about making a mistake. No one is good at anything the first time around. You have to practice. You have to keep going. You are learning new skills and becoming better.”

Students got an up-close look at Dozer’s motorcycles as he answered some questions and also shared the message about the Young Inventors Program to the media.

On Day Two, Danny Kellermeyer of D J Racing spoke to students at Clarenceville Middle School, Emerson Middle School in Livonia and Hillside Middle School in Northville. He is a well-known and highly respected personality in car racing circles.  An active racer himself, he brings many years of knowledge and experience to design, fabrication and testing of successful race cars and racing engines.  Danny spoke about his upbringing and how he tried to hide from his father that he had started racing, bringing home the point that the truth usually wins out, and how he had to show his dad he could be responsible in order to continue on the racing path and win his approval.  Danny also noted that it’s not just the driver but the whole team that wins a race, and to recognize and acknowledge all those who help you obtain your goals and dreams.  Students clamored to see Danny’s racing Corvette after the presentation and hear him start it up.  Media was present and interviewed Danny as well as one of the students who will participate in the Young Inventors Program.

On the last day of the three-day kickoff, Jacques Panis spoke to students at Holmes, Meads Mill and Frost middle schools. He is a well-known entrepreneur and marketing master.  After getting Shinola successfully launched in Detroit, Jacques has now taken on the challenge of growing diamonds at New World Diamonds.  As an inspiring speaker, the students heard about following dreams and passion from a fascinating man who has “been there, done that, doing it now.”

“Drive, personability, compassion and empathy are important traits in life and we often forget about them,” said Panis to the students. “Relationships are important – carrying those relationships throughout your career. There is also stigma around jobs like being a plumber or in the trades. There is stigma around those things.  Don’t let those stigmas scare you away from being an operator, an electrician or plumber. These are very important trades and we need machinists, electricians and plumbers. Keep your mind open to a lot of different jobs that you have the ability to do.”

After each presentation, Jacques answered questions from the students who were excited to see examples of his grown diamonds up close.

Students at each school are encouraged to create their own invention which will be judged and presented at a banquet in their honor at Schoolcraft College VisTaTech Center in January 2020. 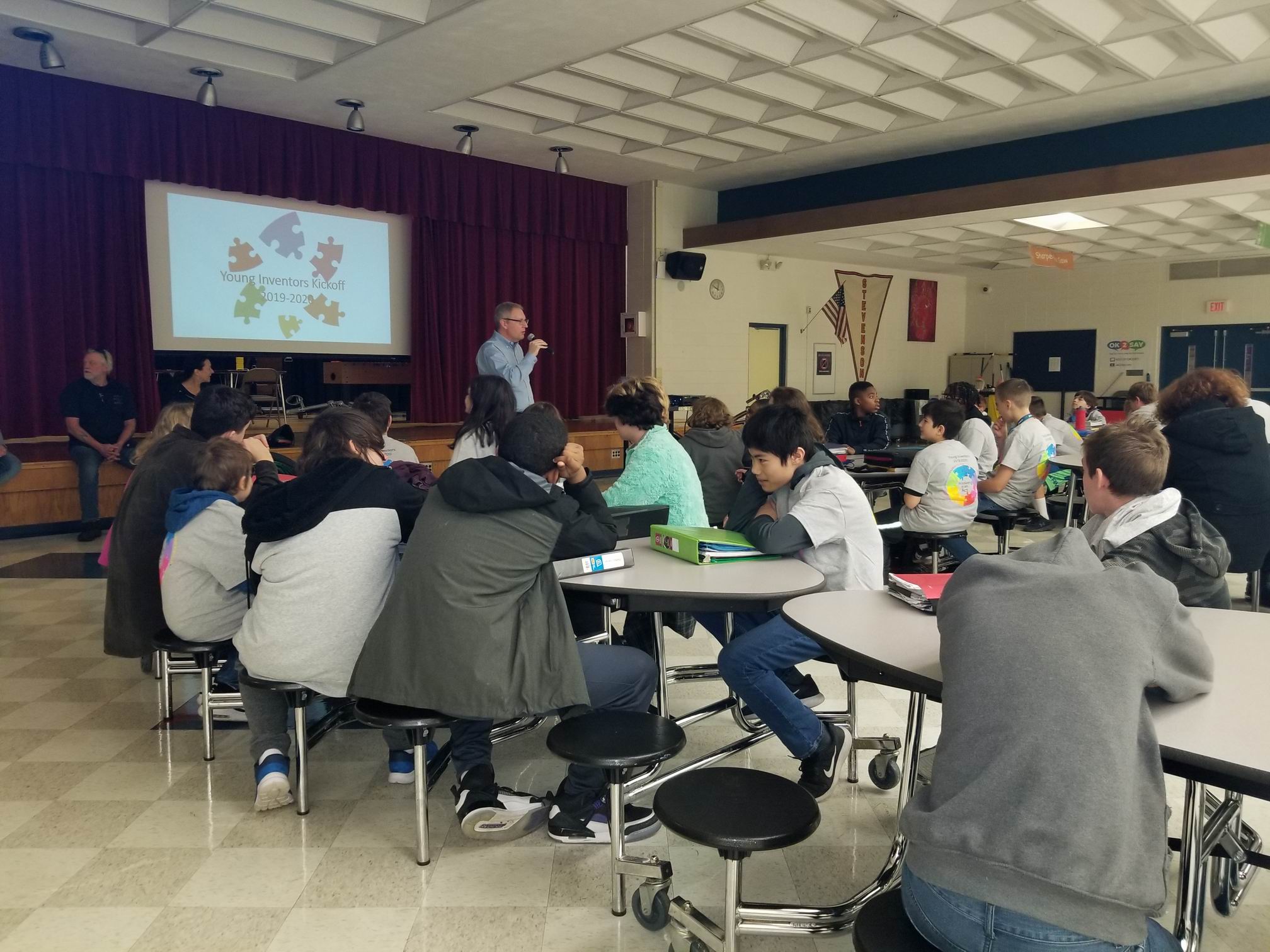 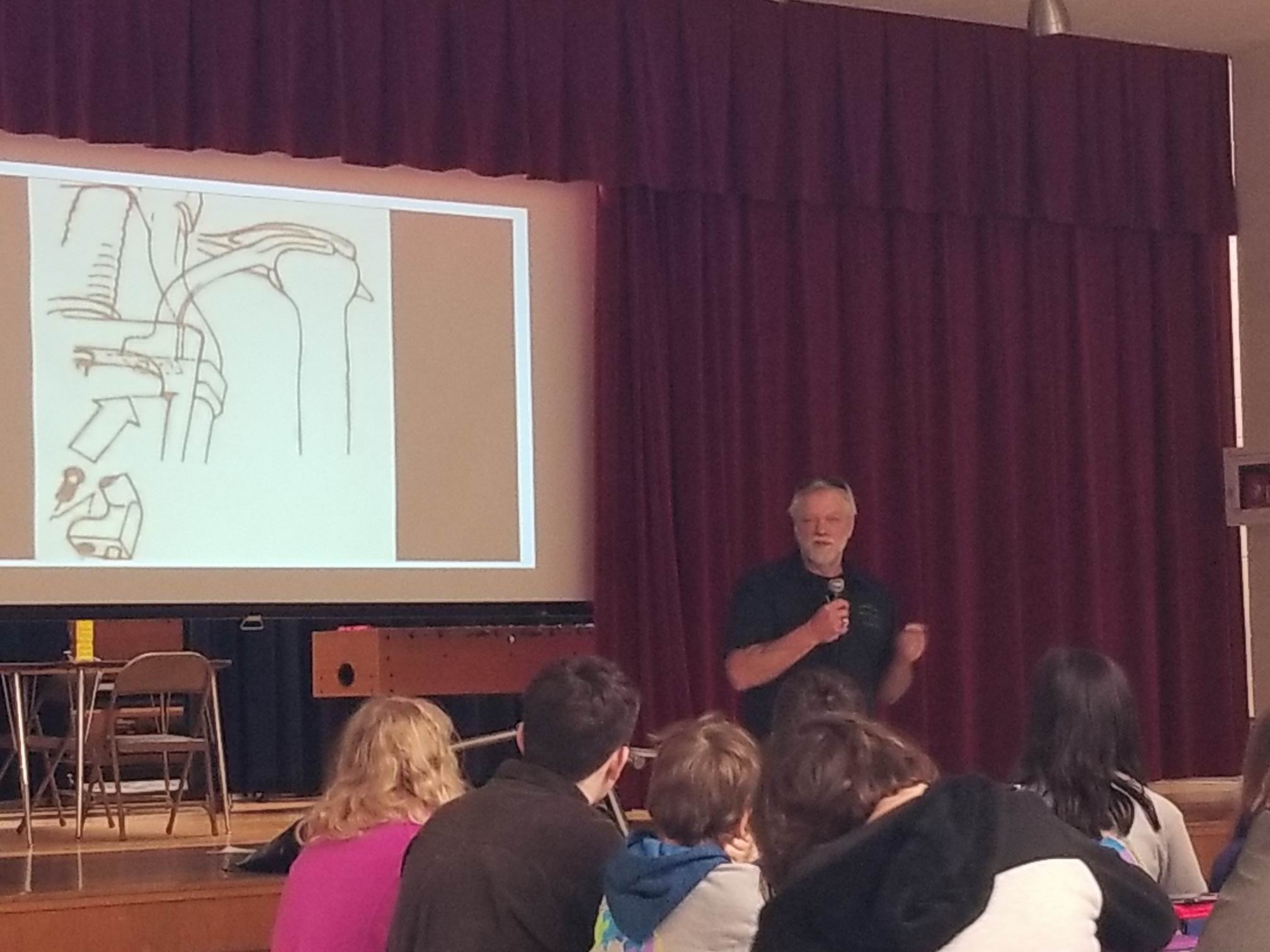 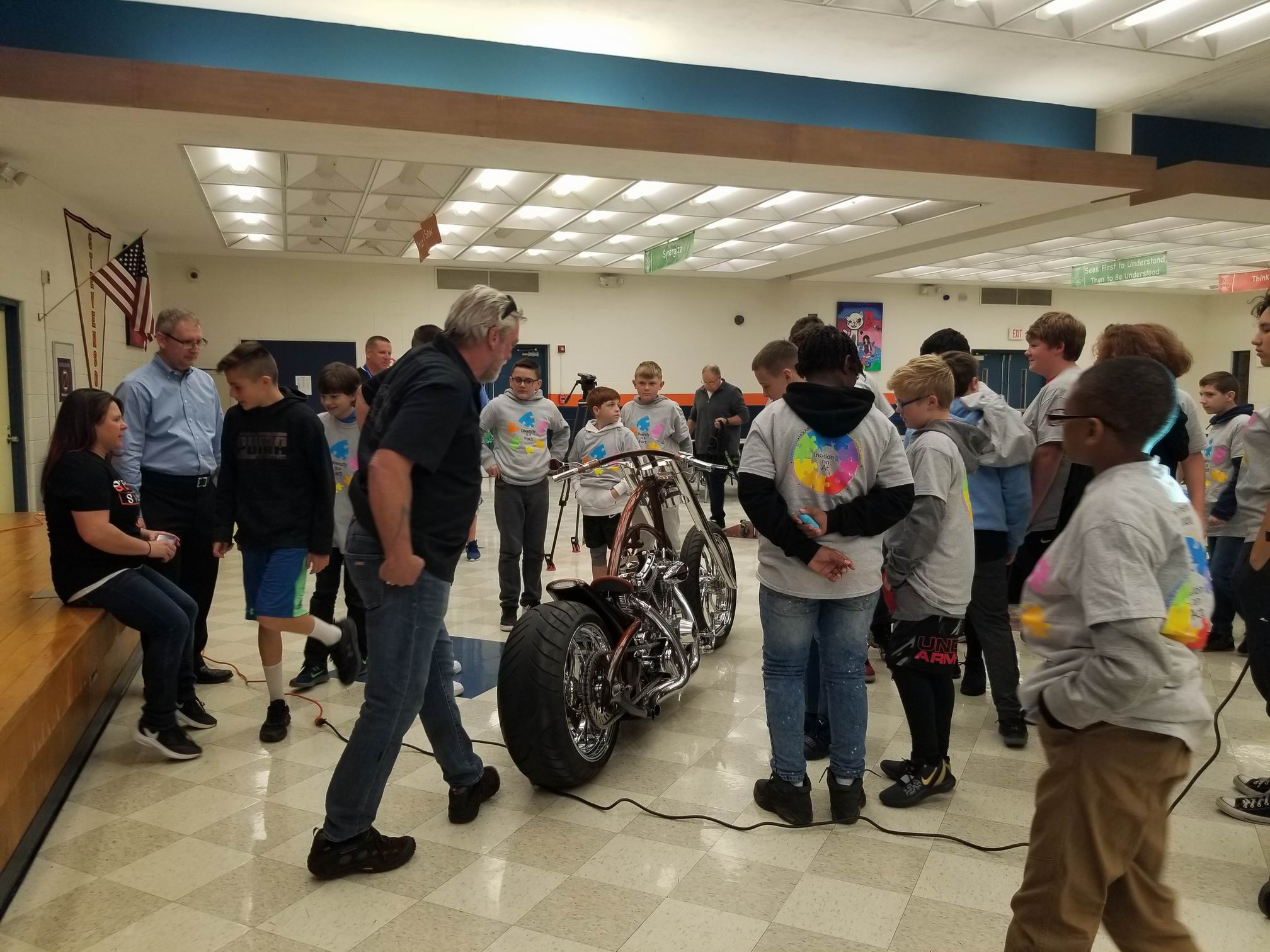 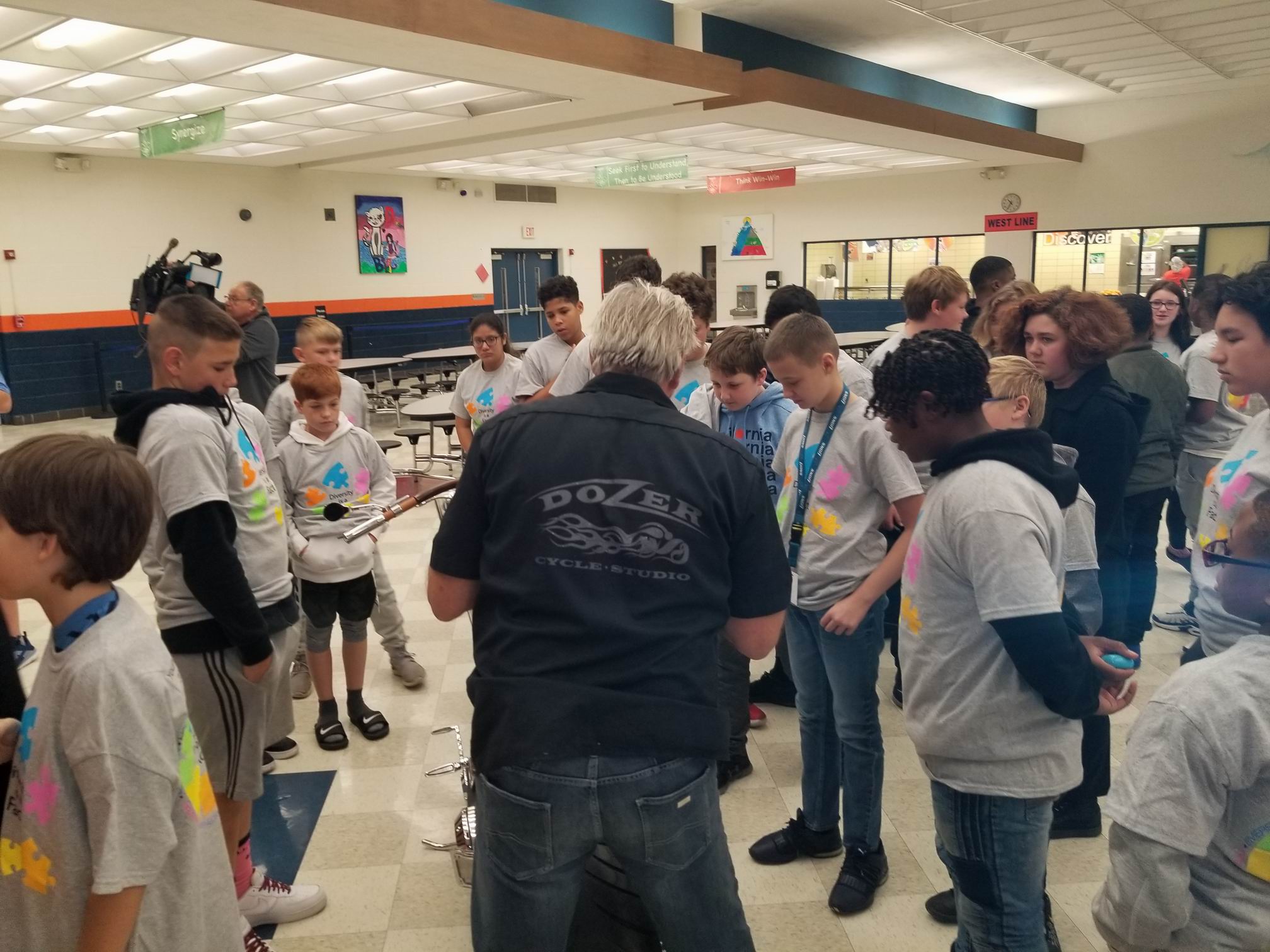 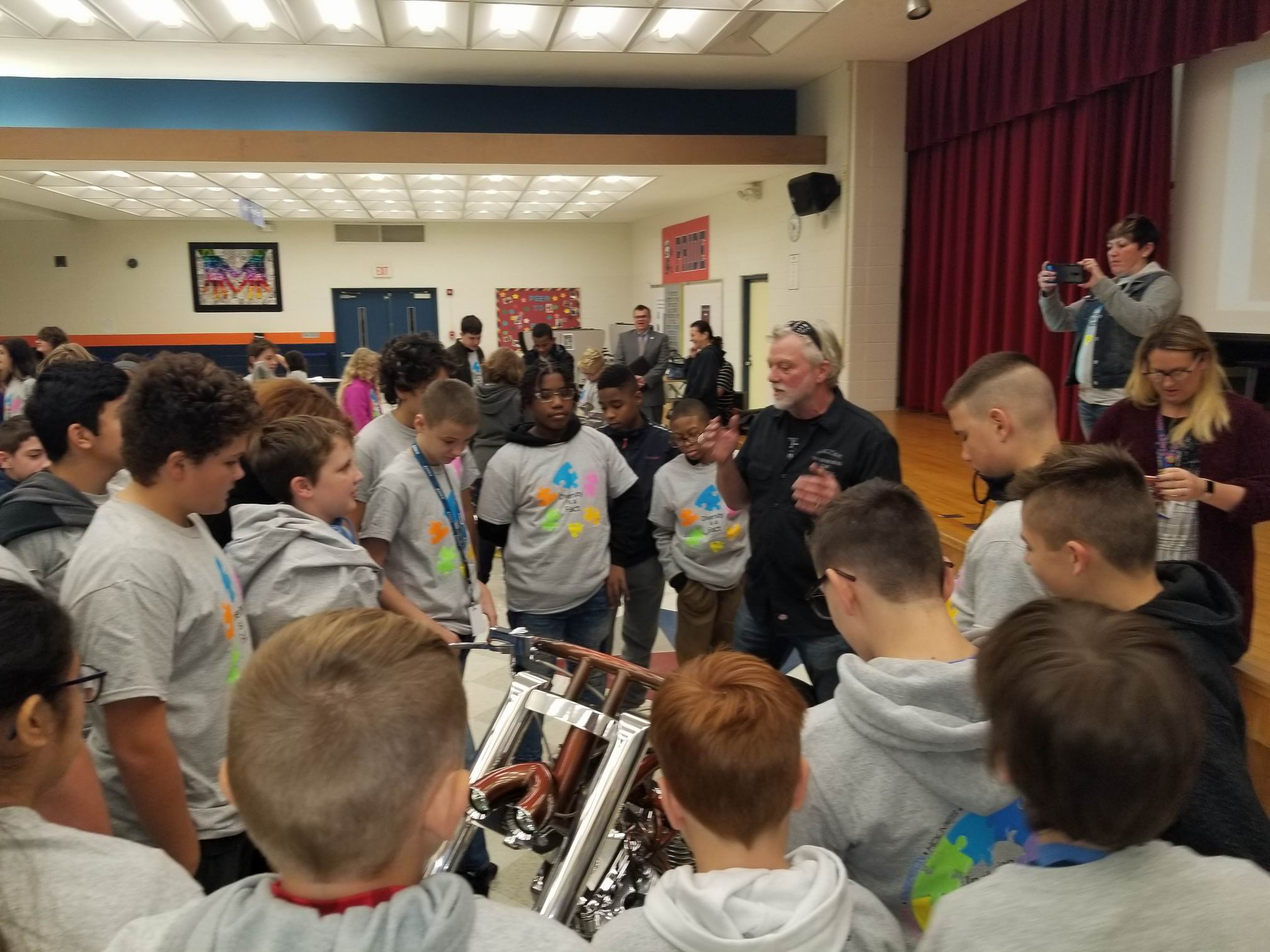 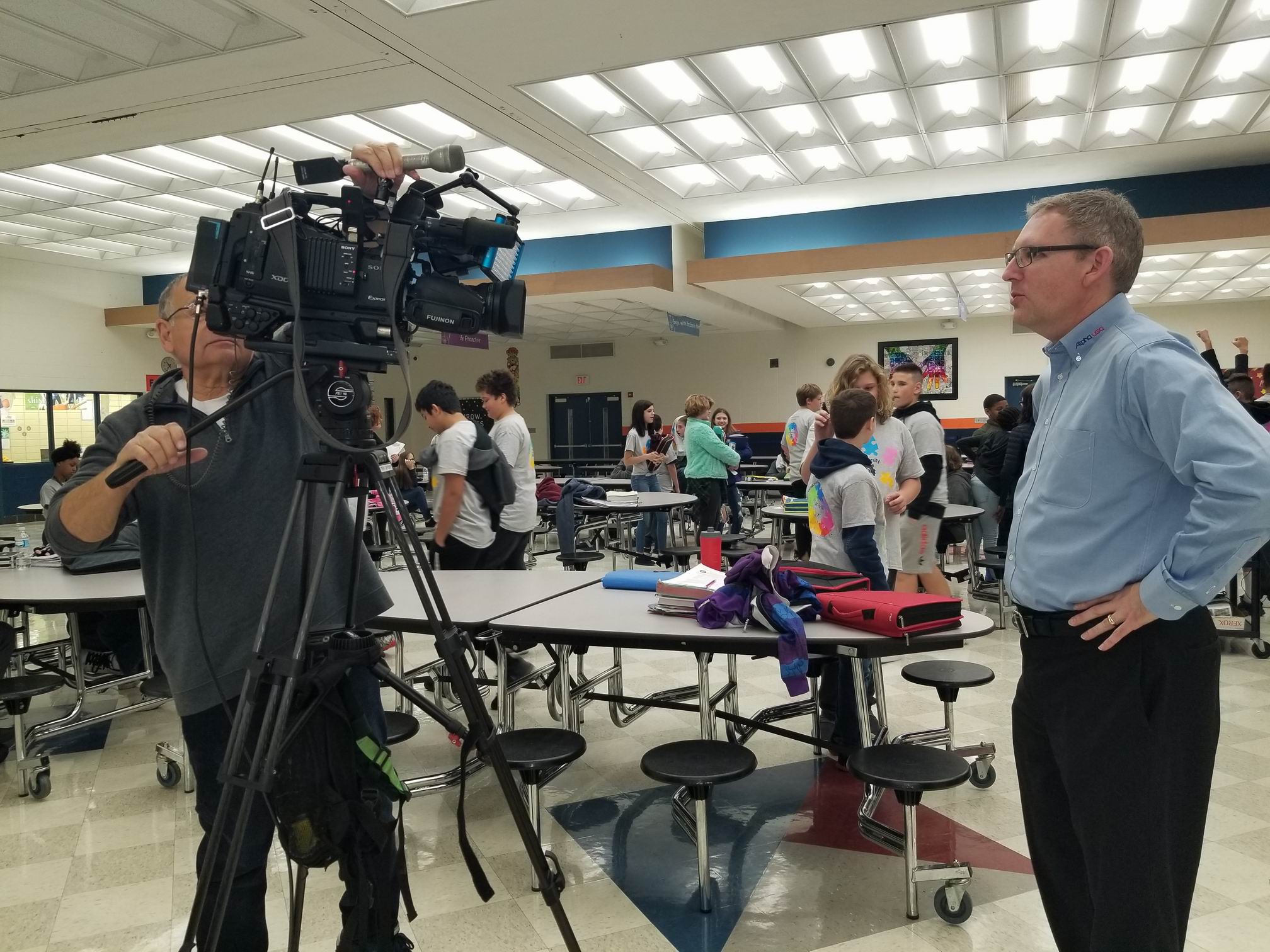 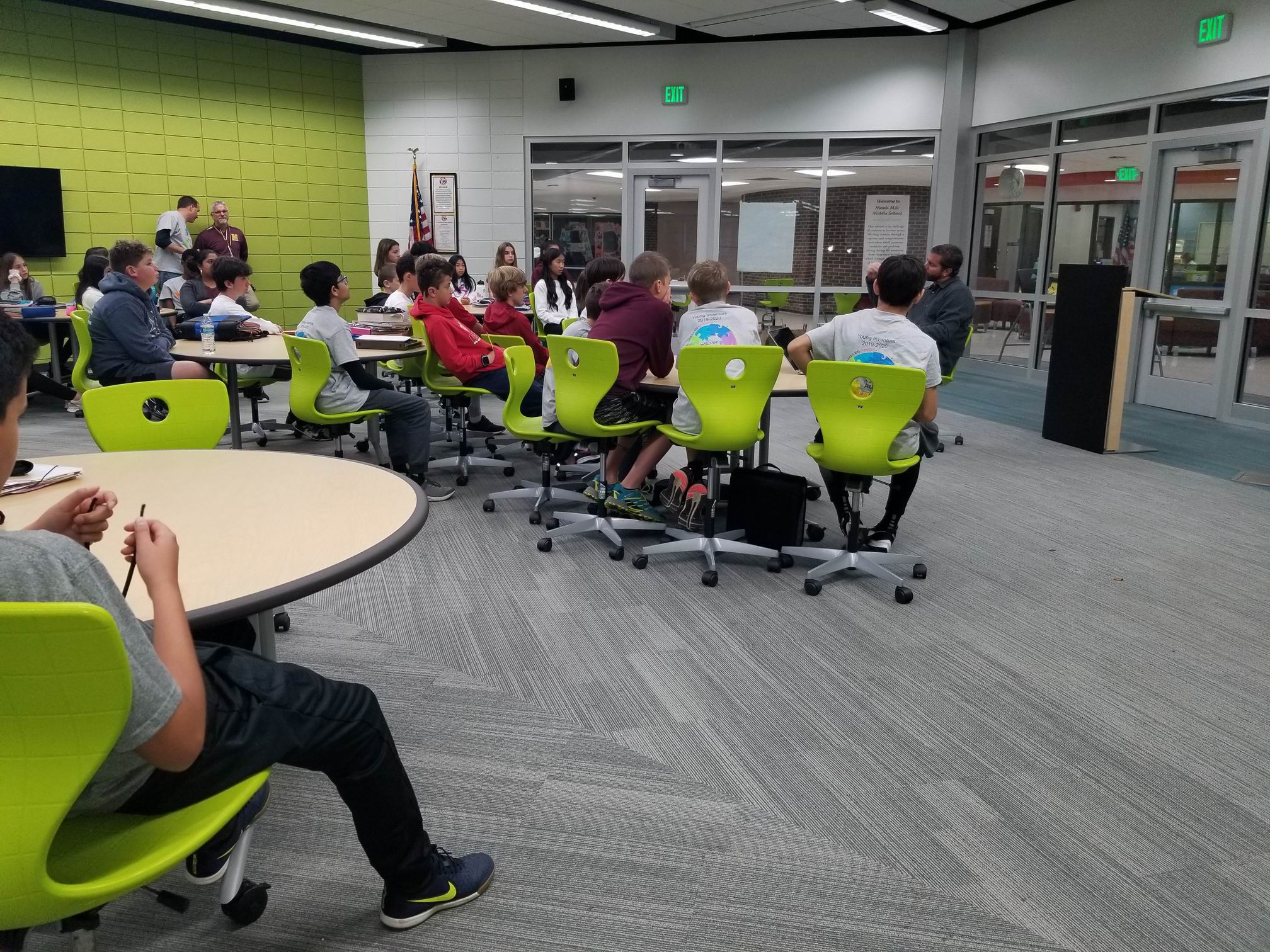 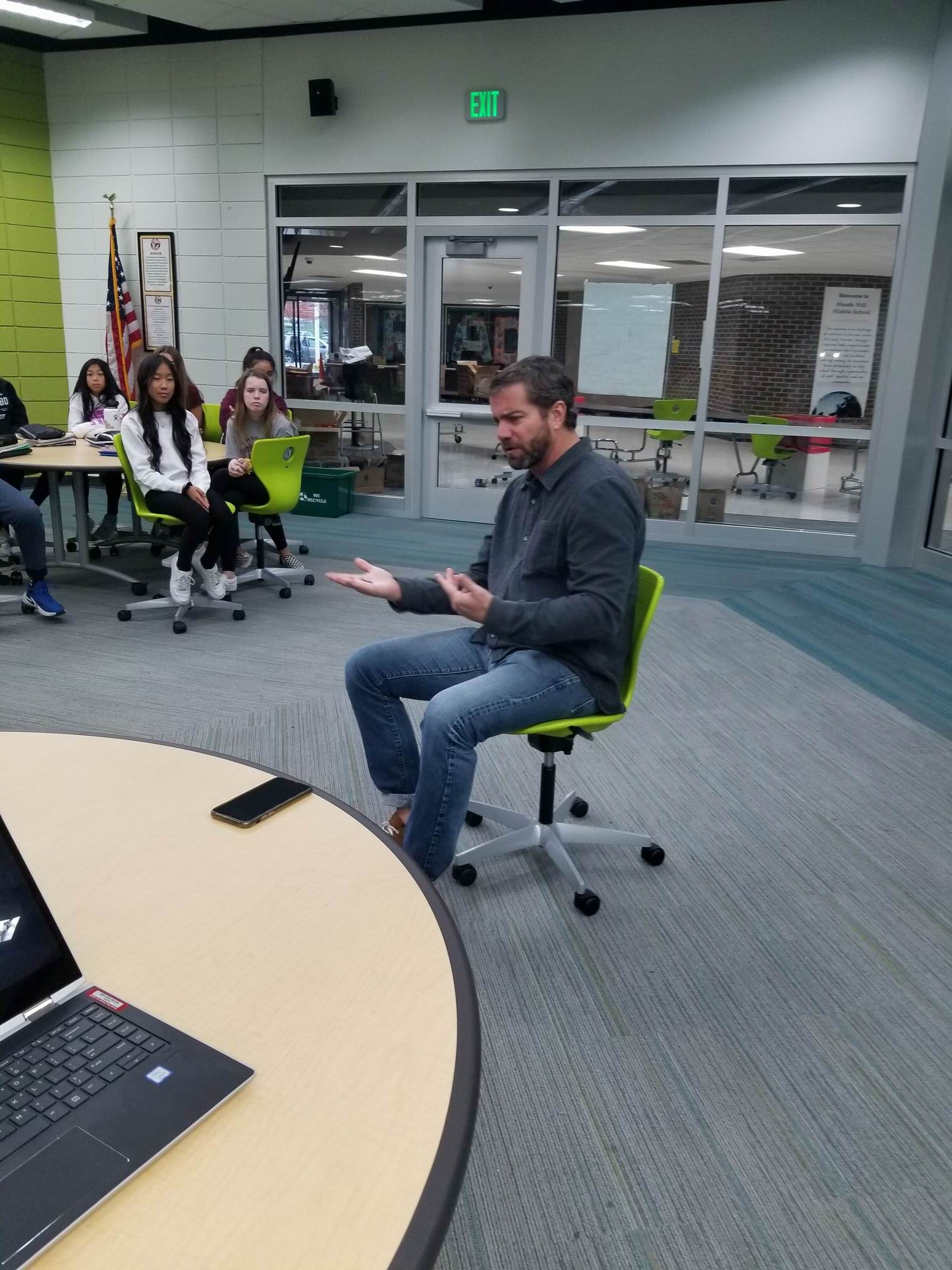 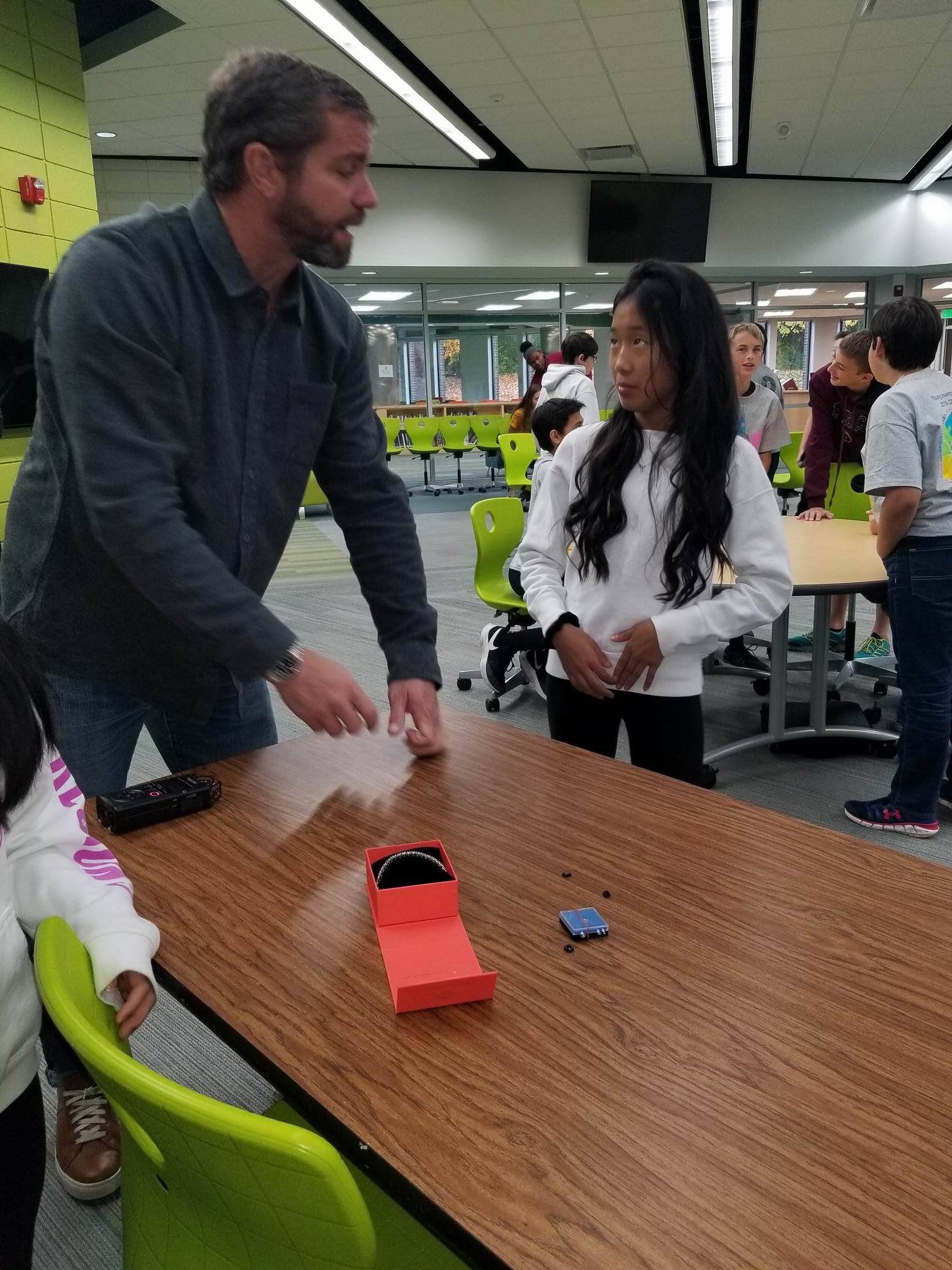