The Livonia Chamber of Commerce hosted their seventh annual Western Wayne Business Leadership Banquet on Monday, September 30. This year’s event was hosted at the Henry Ford Museum of American Innovation.

The annual leadership banquet featured the Vice President of Consumers Energy, Roger Curtis and the President and CEO of Goodwill Detroit, Dan Varner. Serving as this year’s master of ceremonies was national news and political commentator Ron Fournier.

“We held this event in collaboration with Western Wayne’s leaders,” said Dan West, President and CEO of the Livonia Chamber of Commerce. “This program is an effort to inspire local decision makers to think and act regionally. This region represents 700,000 residents located in between Detroit and Ann Arbor, which highlights our central location, which is so closely connected to much of Southeast Michigan’s research and industry.”

Without a doubt, the need for qualified talent is needed in the region, said West. This need, he said, has been somewhat of a road block in the industry.

“The transformation that we have seen over the years is happening is business right now,” said Curtis. “This transformation we are seeing right now is across industries and the innovation is unbelievable.”

Touching on the workforce, Curtis says there are thousands high skill, high rate available in the state of Michigan.

On the topic of education and its impact to the transformation that industries are experiencing, Curtis discussed the decline students experienced when it came to their interest in subjects such as math and science.

“They believe math or science are irrelevant to their future,” he explained.

“A lot of things can be traced back to lack of engagement,” he explained.

Moreover, the poor trajectory of students’ knowledge falls on the way in which the education system is designed.

“If the system is designed to stifle even the most creative educators, can you imagine what it is doing to our students?” Curtis asked.

Much of what is happening in the education system is directly contributing to the lack of skilled workers. Thousands of skilled positions throughout the state go unfilled because of this. While job demands rise in Michigan, the quality of education in Michigan declines.

If we can’t fill these positions, says Curtis, billions of dollars in wages and benefits will go to waste. Workforce development needs to be a thing of the present.

The majority of these positions require a post-secondary education. It is for this reason that the conversation around education must change, says Varner.

Varner first acknowledged Chuck Dardas and the AlphaUSA team for their support of Goodwill Industries and training youth for tomorrow’s workforce.

Varner shared a number of ways in which the work that Goodwill has allowed for the conversation to change and led to fostering workplace development.

One example Varner touches on is Goodwill’s Flip the Script program in Detroit. Partnering with organizations throughout the community, Flip the Scrip is a mentoring program that serves men and women, helping them to find work.

A large majority of the men and women who have been through the Flip the Script programs, says Varner have been referred to the program by the Michigan Department of Corrections.

The program boasts hundreds of success stories in which men and women have found substantial work, some even working on major developments in the City of Detroit, including the Little Caesars Arena.

Programs like those offered by Goodwill are fostering workplace development and filling the talent gap.

Also at the leadership banquet was Congresswoman Debbie Dingell, representative of Michigan’s 12th congressional district. The congresswoman spoke in tribute to her late husband and former congressman, John Dingell.

“This is the time to remember what it means to be American,” Congresswoman Dingell said.

You are leaders of the community, she said as she addressed the crowd. “Community is the strength of democracy.”

Speaking again about the late congressman, Dingell said he “was wise.”

“He knew he was lucky to be born in this country,” she said. “He thanked God every day for what it meant to be part of this democracy and he thanked God for his friends, like all of you in this room. So, as we celebrate as Western Wayne community, let’s let his spirit with us as we all get through these troubled times. Let’s all remember that we are Americans first and foremost that love this country.” 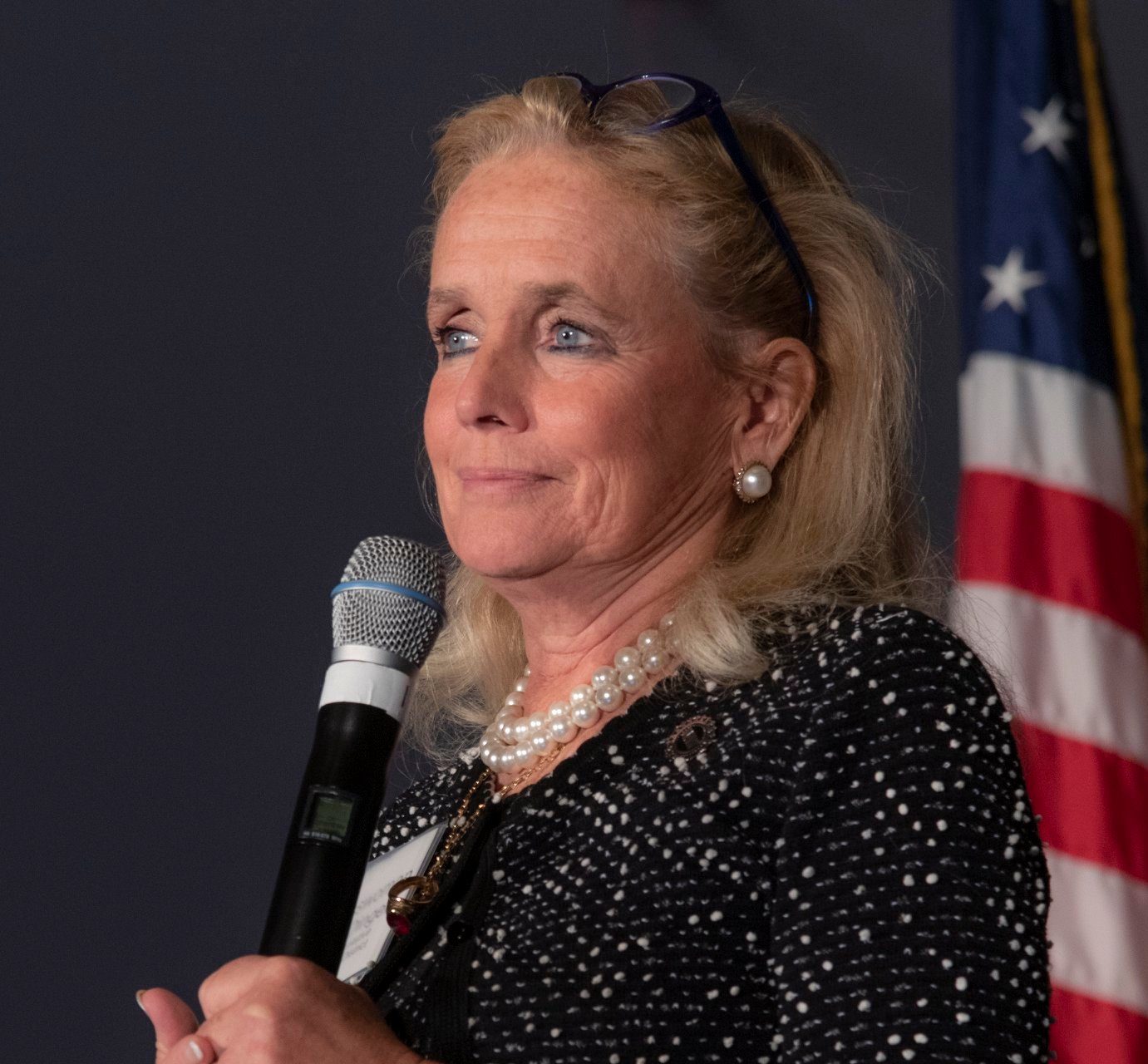 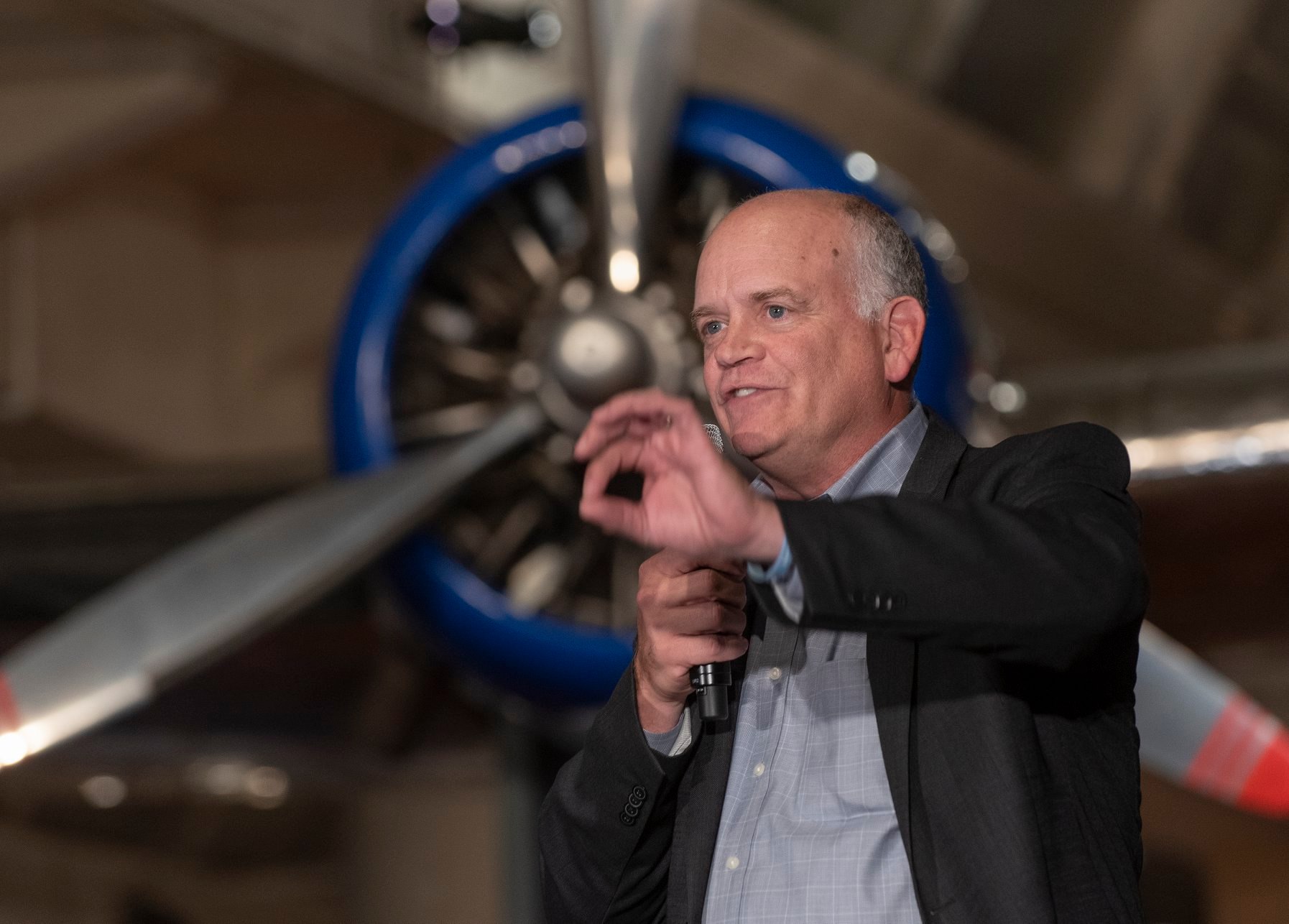 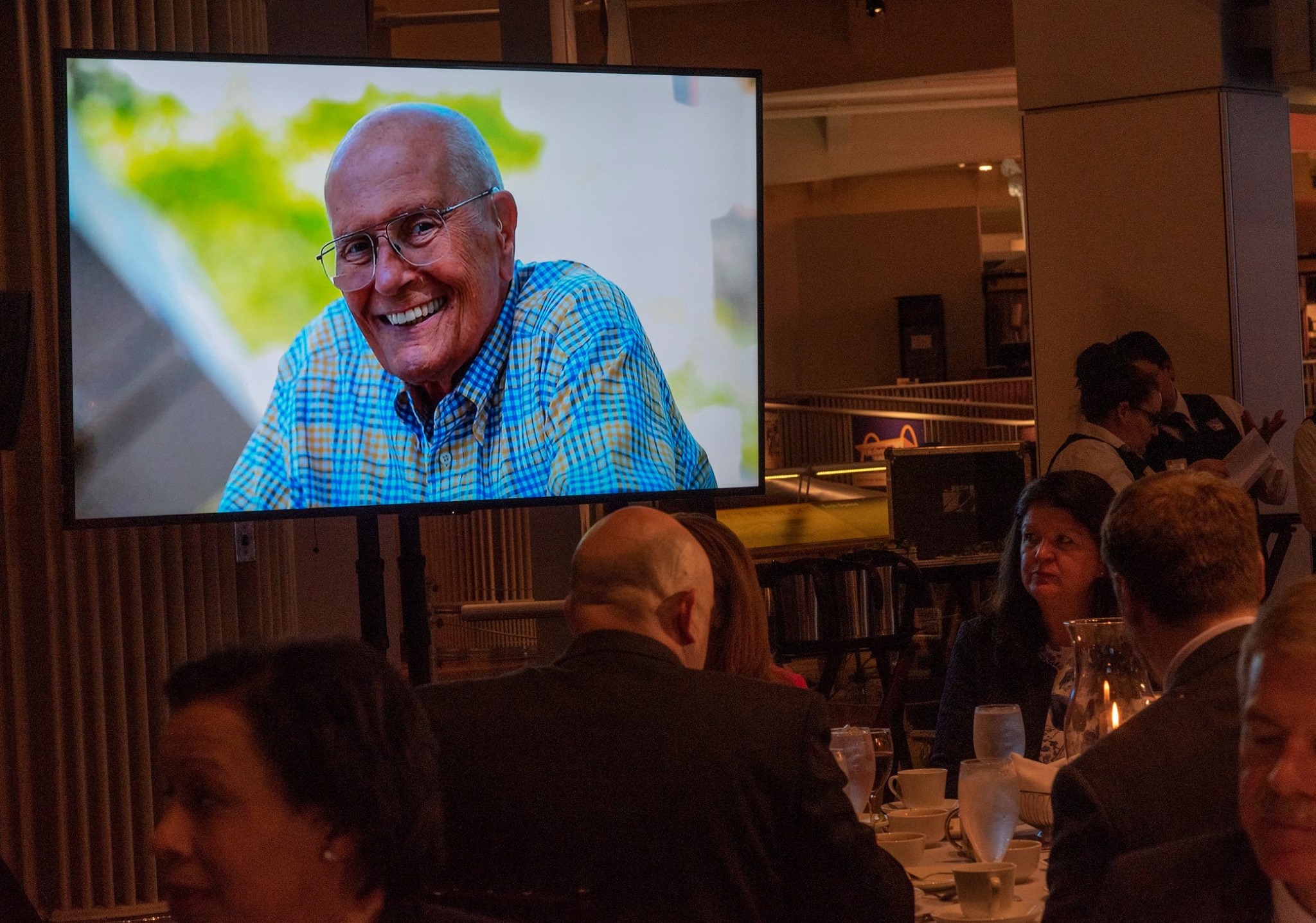 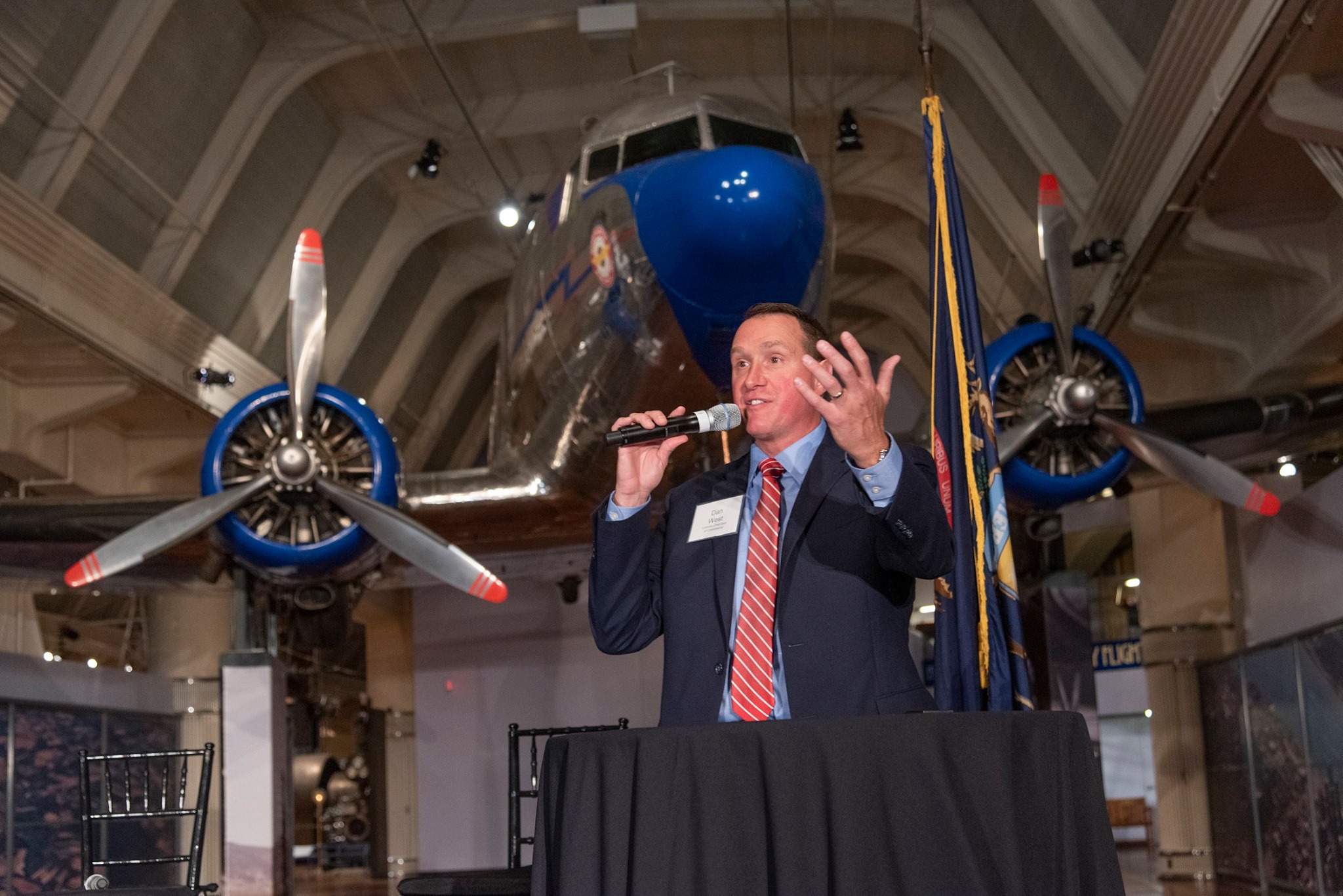 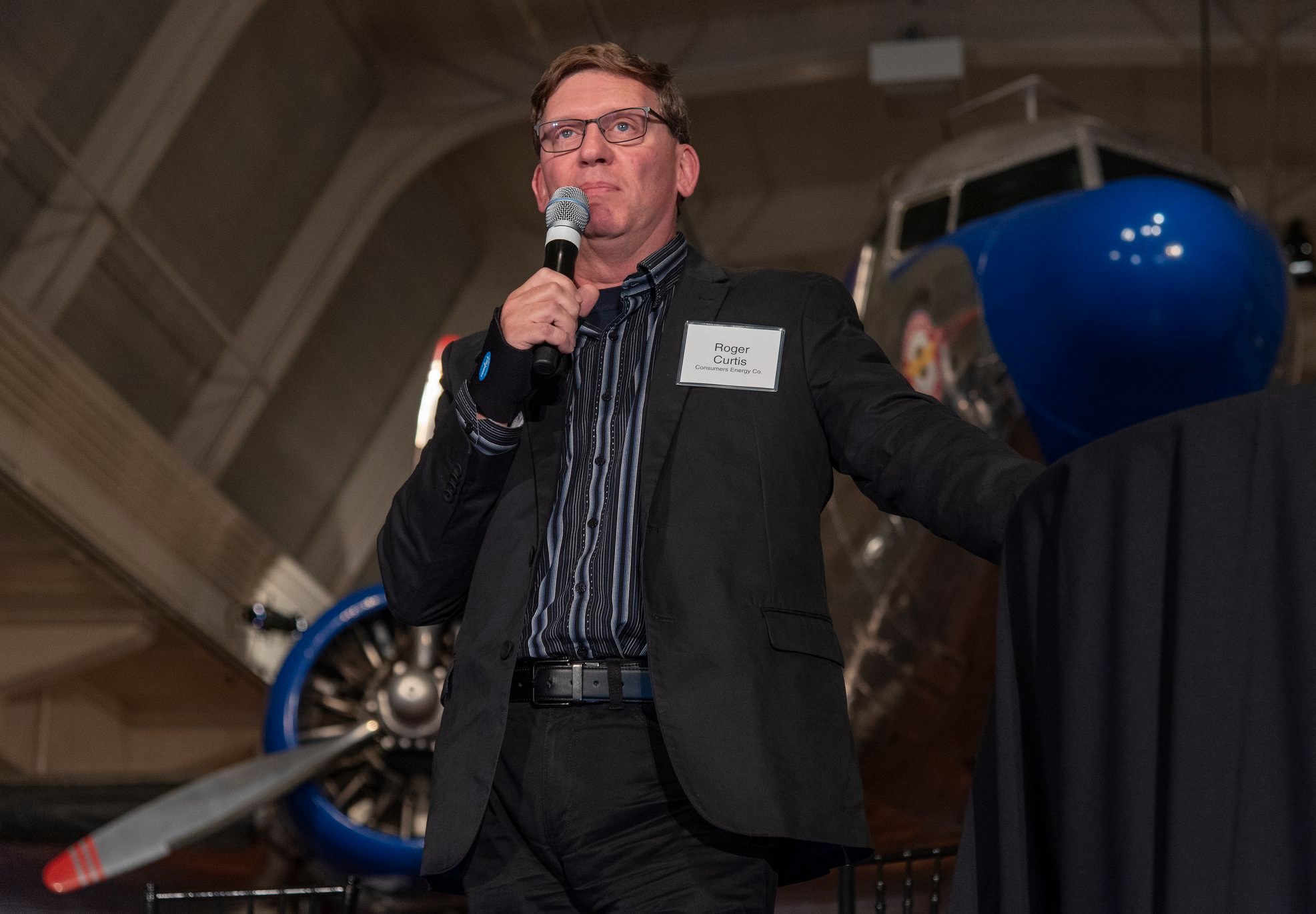 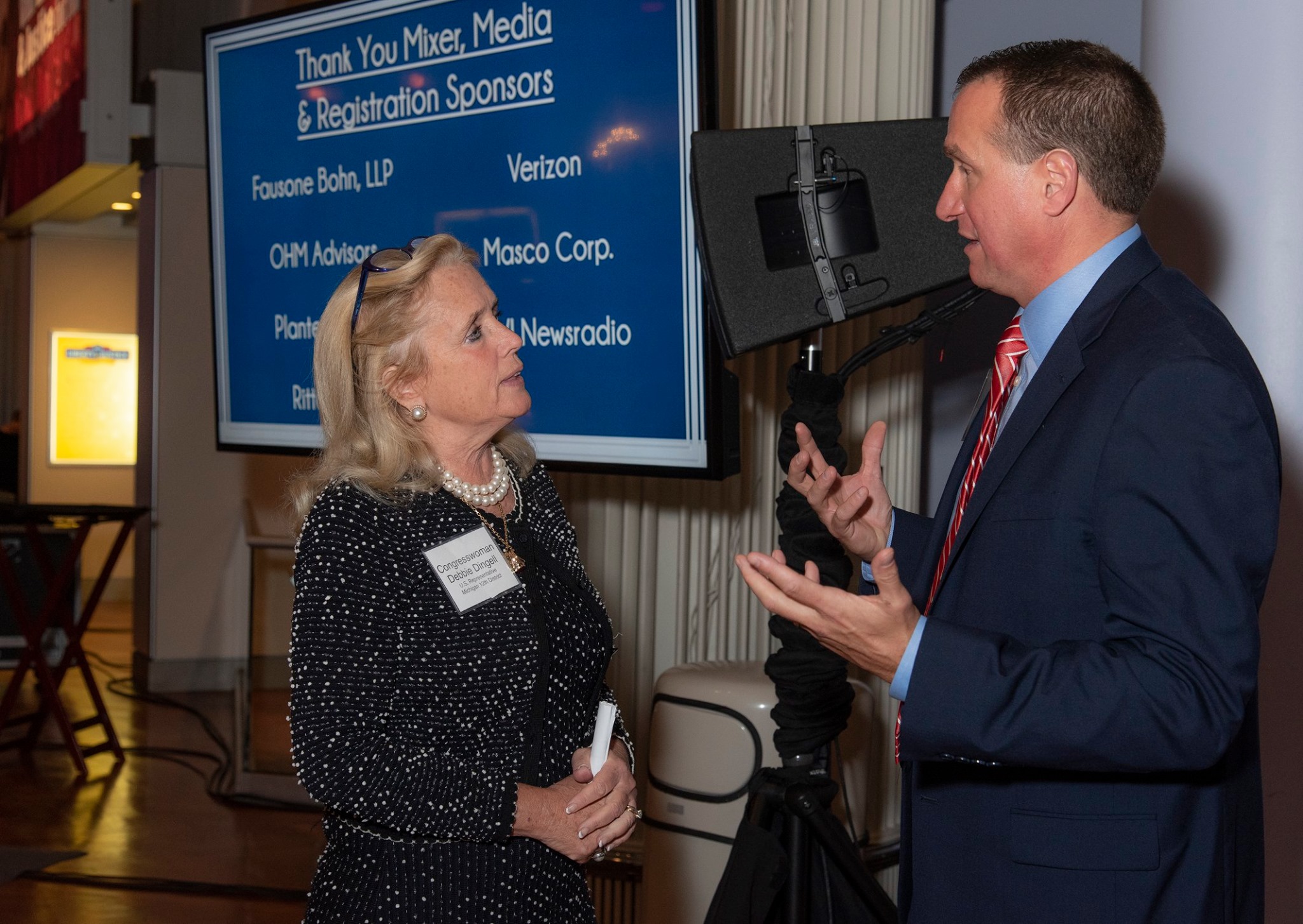 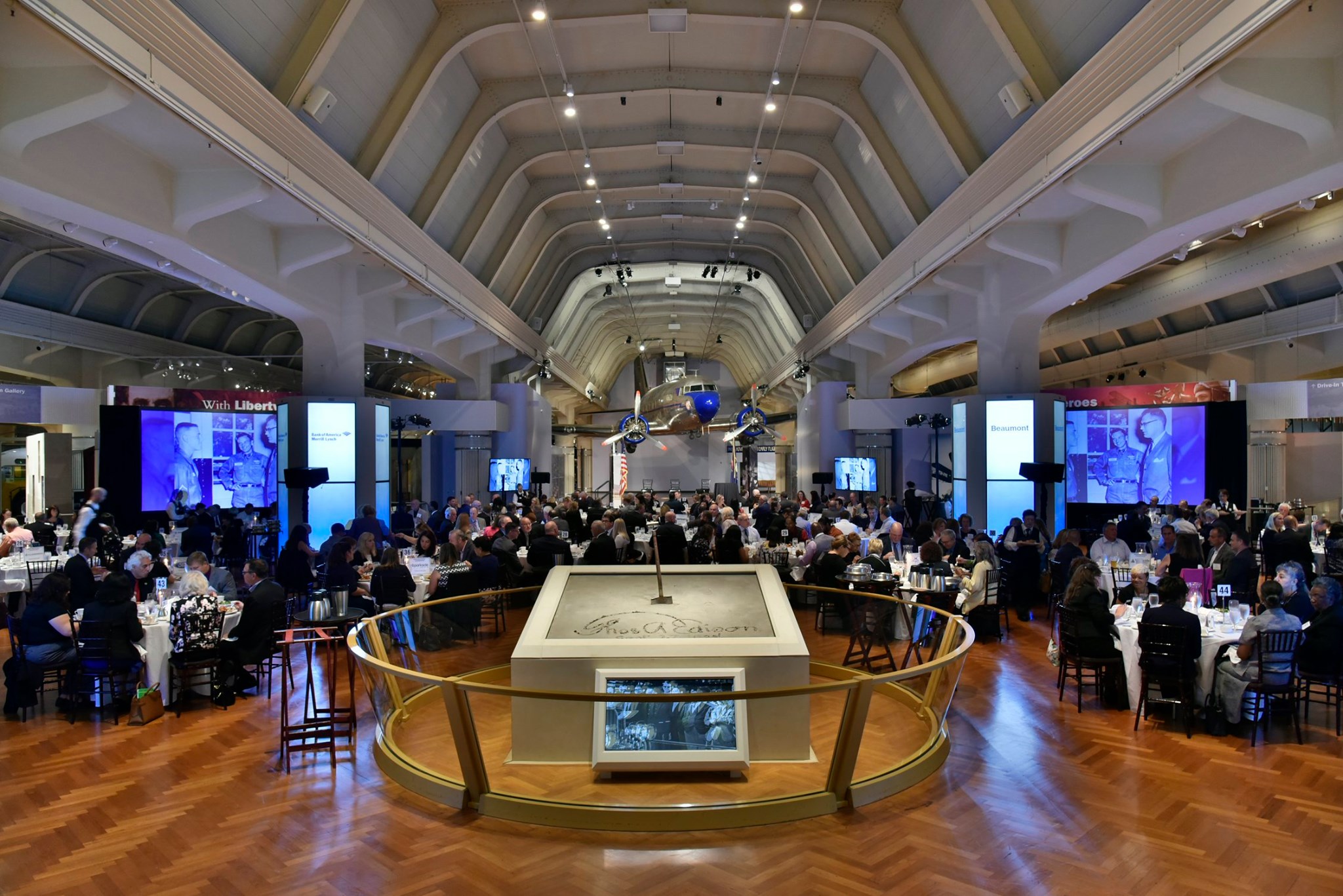 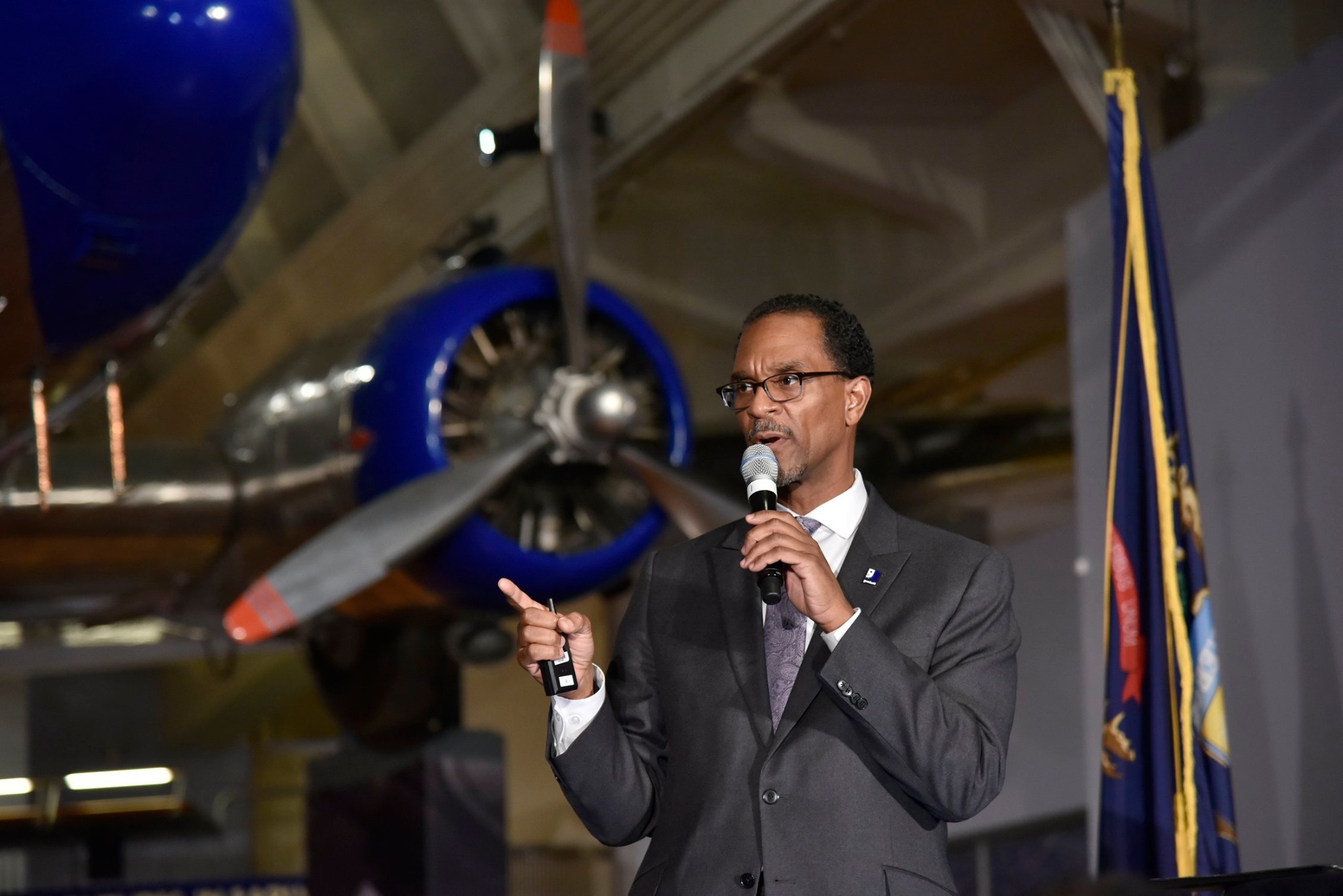 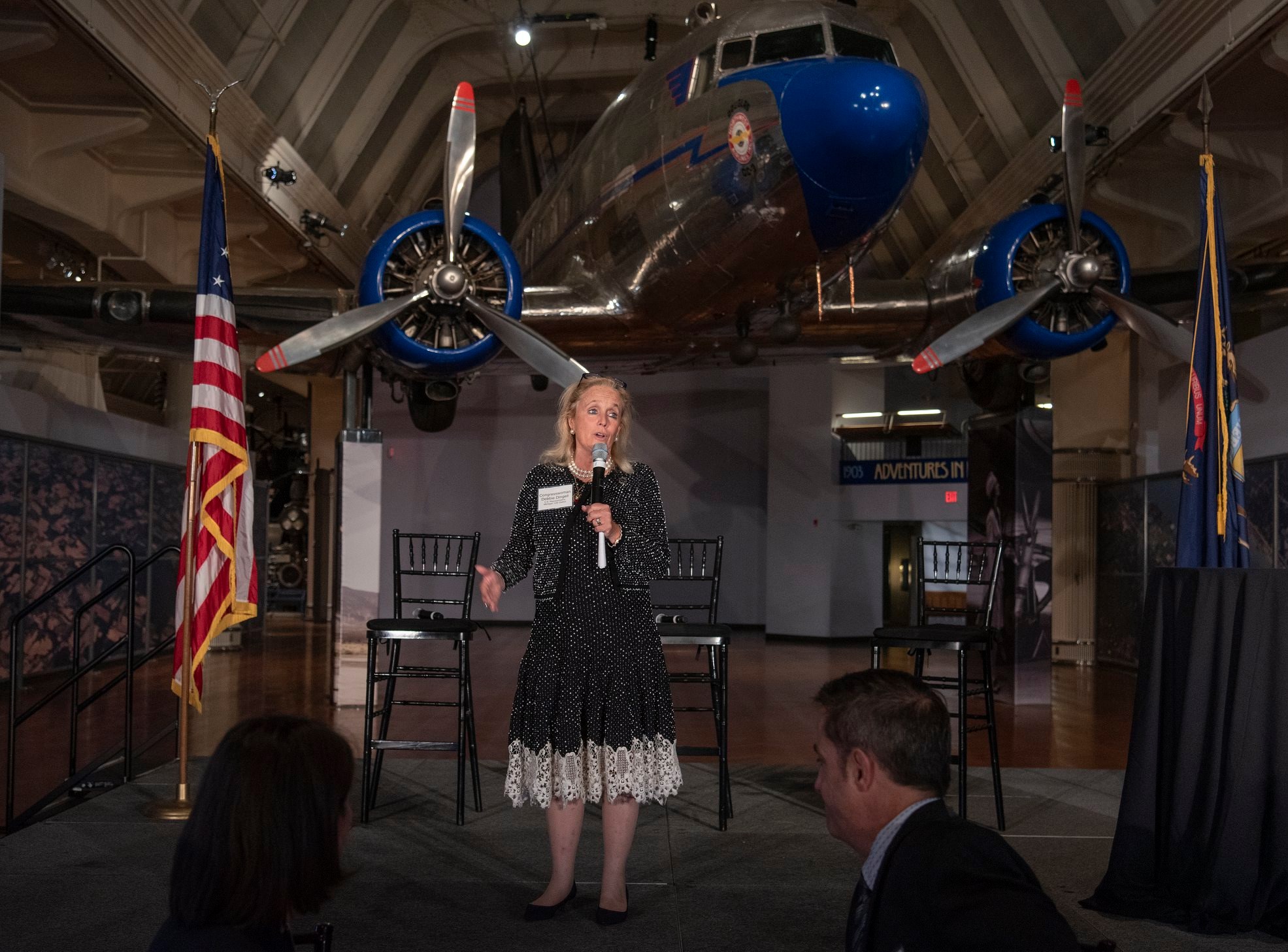 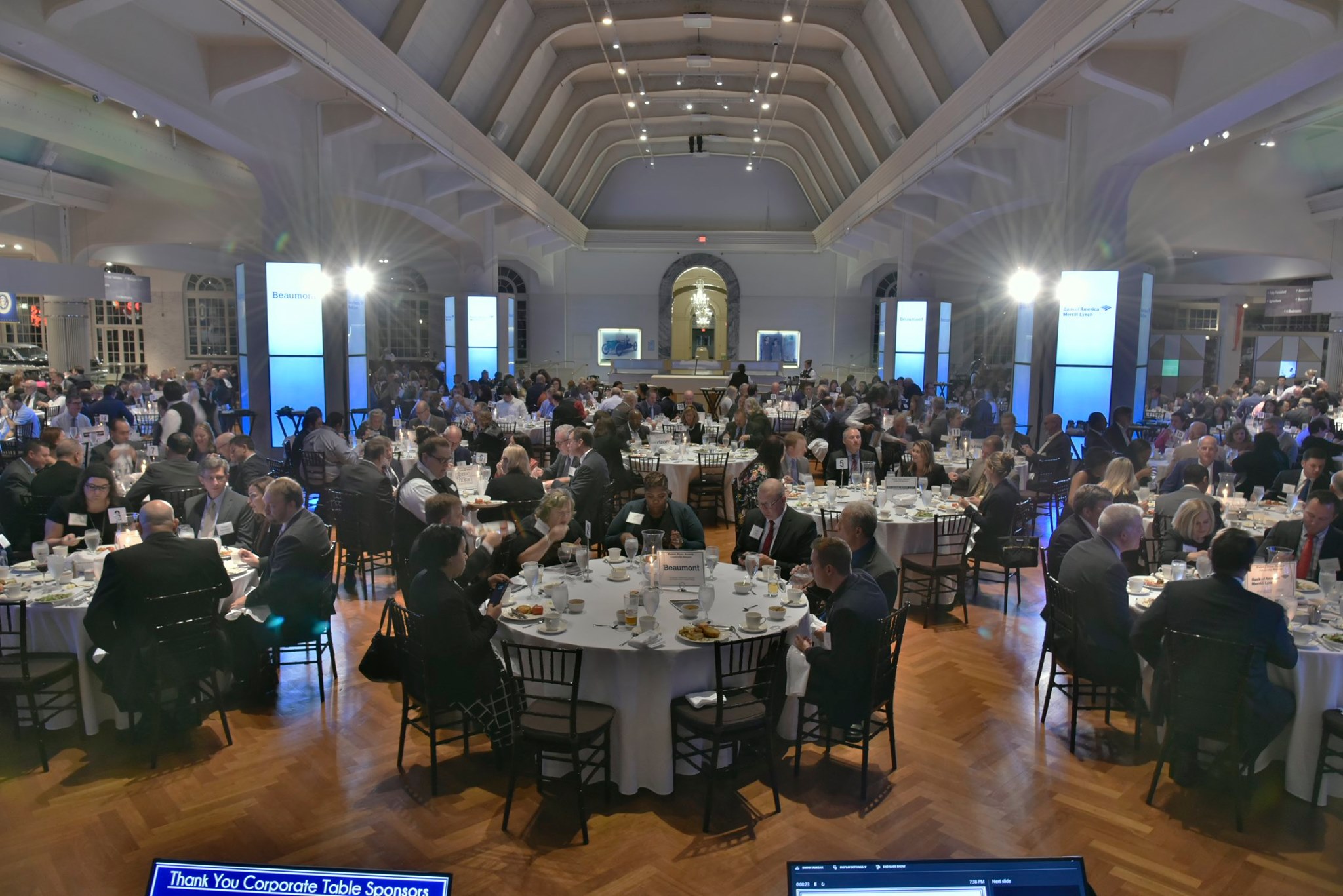