Raffling off a Motorcycle for the Livonia First Responder Foundation

AlphaUSA’s own Jesse Jagodzinski was the lucky winner of a new 2015 Yamaha V Star motorcycle. He held one of the 500 tickets sold to raise money for the newly formed 501 (3), the Livonia First Responder Foundation.

“This Park is one of the underrealized gems of our community,” said Dan West, president of the Livonia Chamber of Commerce. “This raffle is another example of the spirit of Livonia.

The classic motorcycle was donated by a generous Livonia business owner. All funds raised from the ticket sales will support the First Responder Foundation, which is being established “to enable the dedicated Livonia Police and Firefighters to further their mission of service by providing resources and support as needed for its members, their families and needs they identify while serving the community.” Added seed money is being donated by unions that serve the Livonia Police Department and Livonia Fire & Rescue.

“This is the first time that a foundation like this has existed in the City of Livonia,” said Livonia Police Chief Curtis Caid. “We have the opportunity to raise money through community support and none of this happens without community support from great organizations like AlphaUSA and Roush and a list of other organizations in the community.”

The Foundation can use funds to help police and fire departments as well as individual officers and fire fighters when they find themselves in a time of need. “The sky really is the limit as to what we can do with the funds,” said Chief Caid. “This foundation created an avenue to reach back out to the community and to make Livonia an even greater community.”

The live ticket drawing followed a small celebration, with hot dogs and refreshments and last-minute ticket sales at 11 a.m. on Monday, July 5. The winning ticket was drawn by Antoinette Johnston, widow of fallen Livonia Police Officer Ervin Johnston, who suffered a fatal heart attack shortly after helping a mentally ill man return to his group home while on duty in 2007. 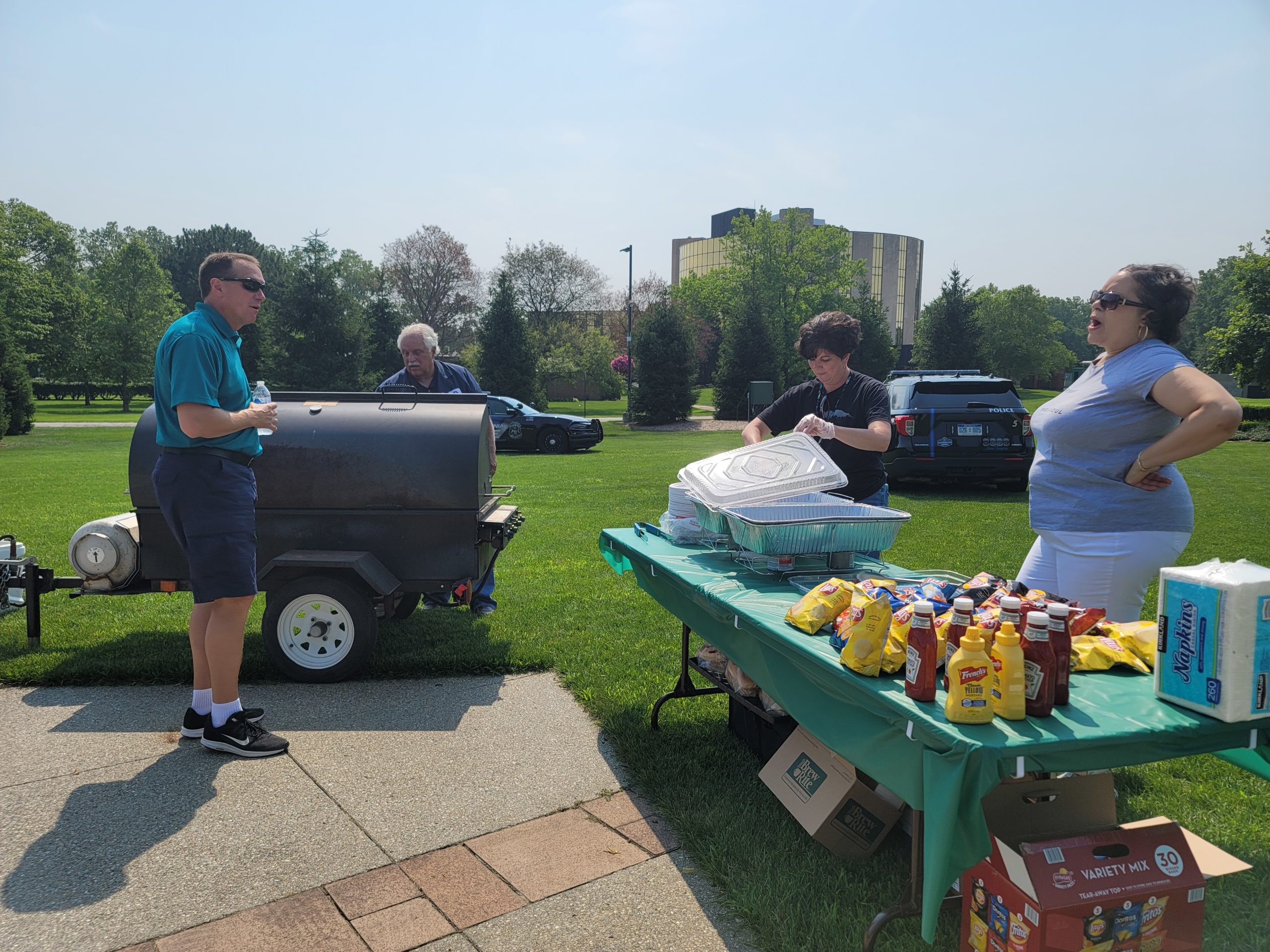 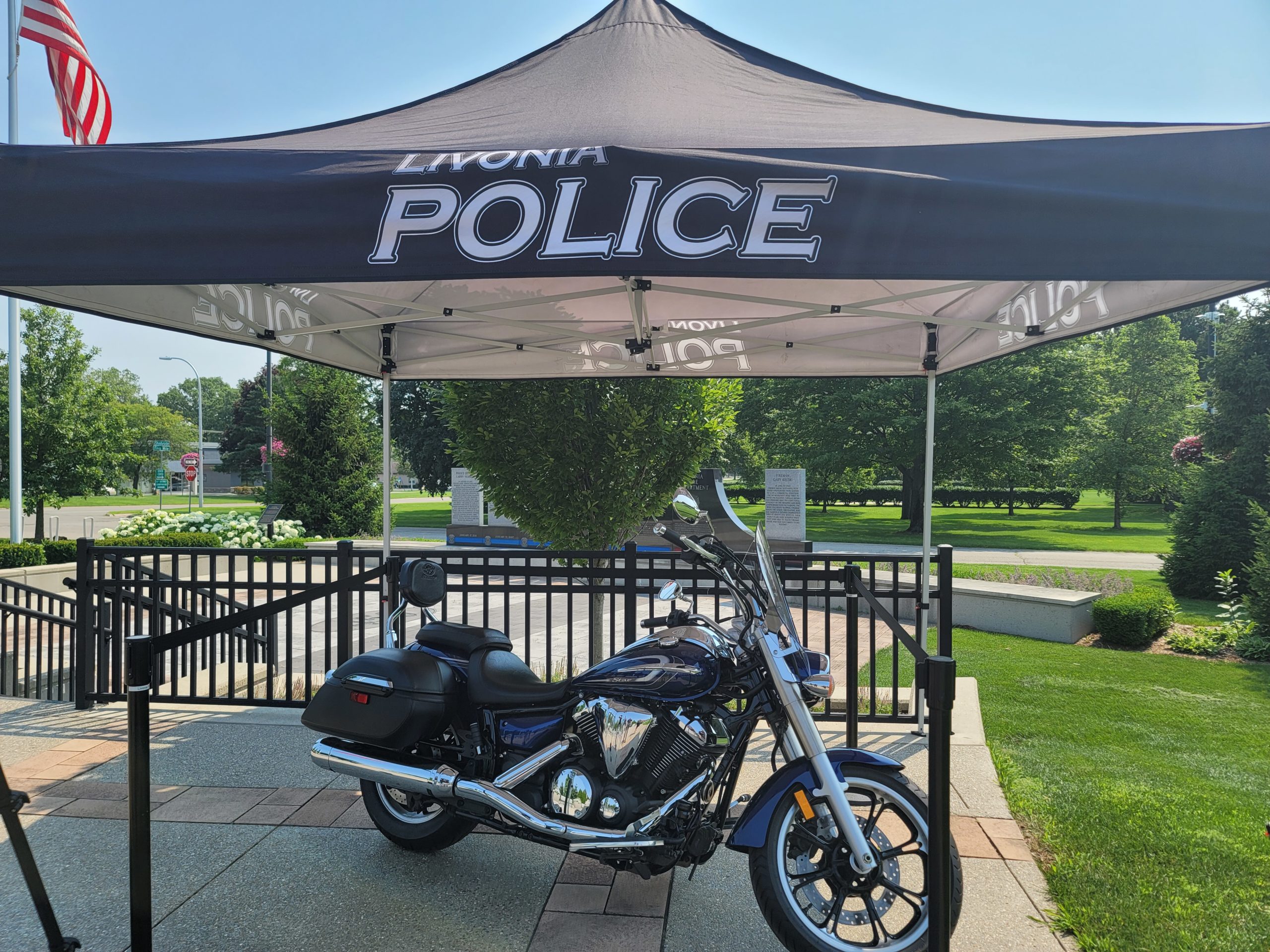 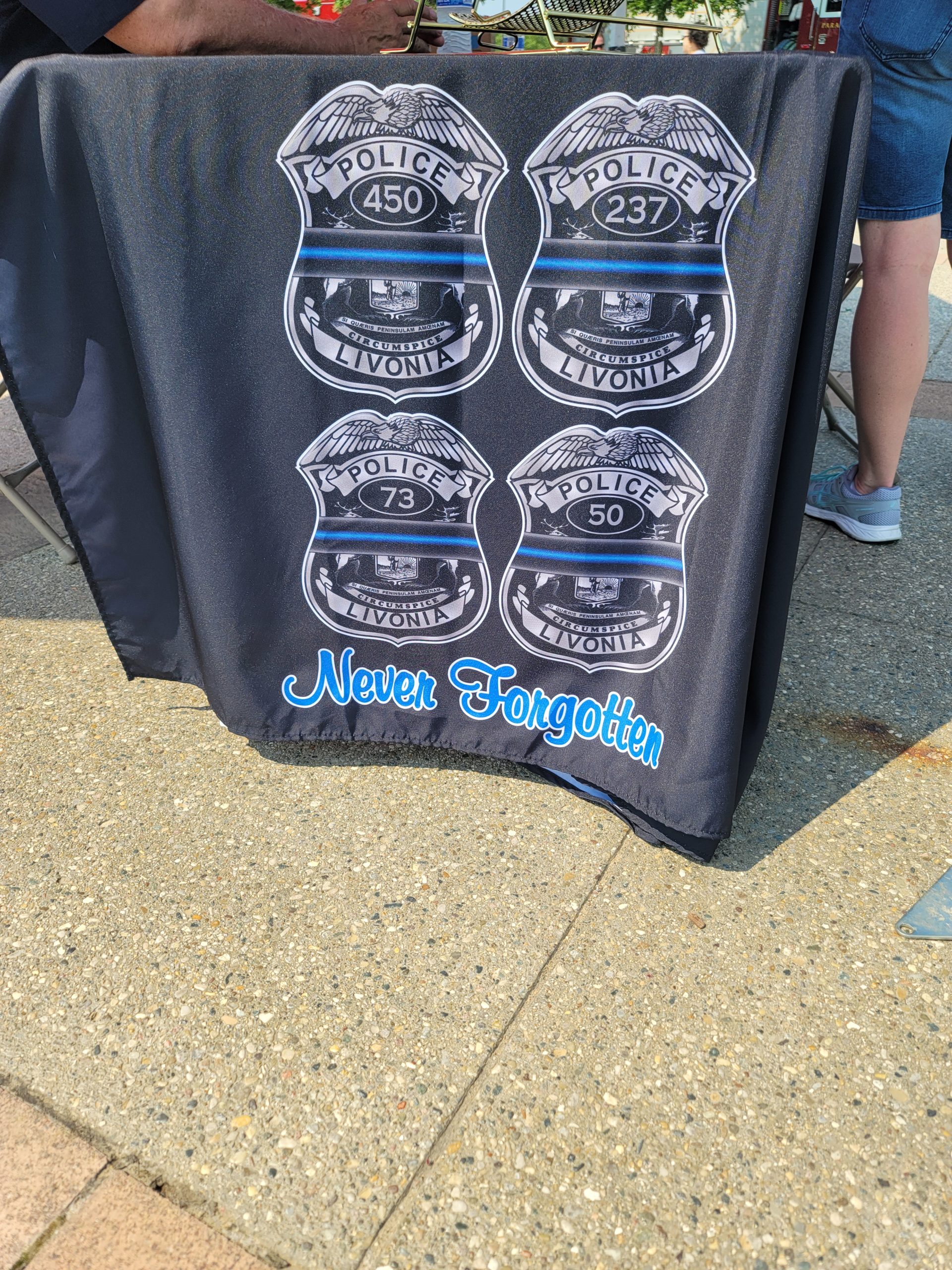 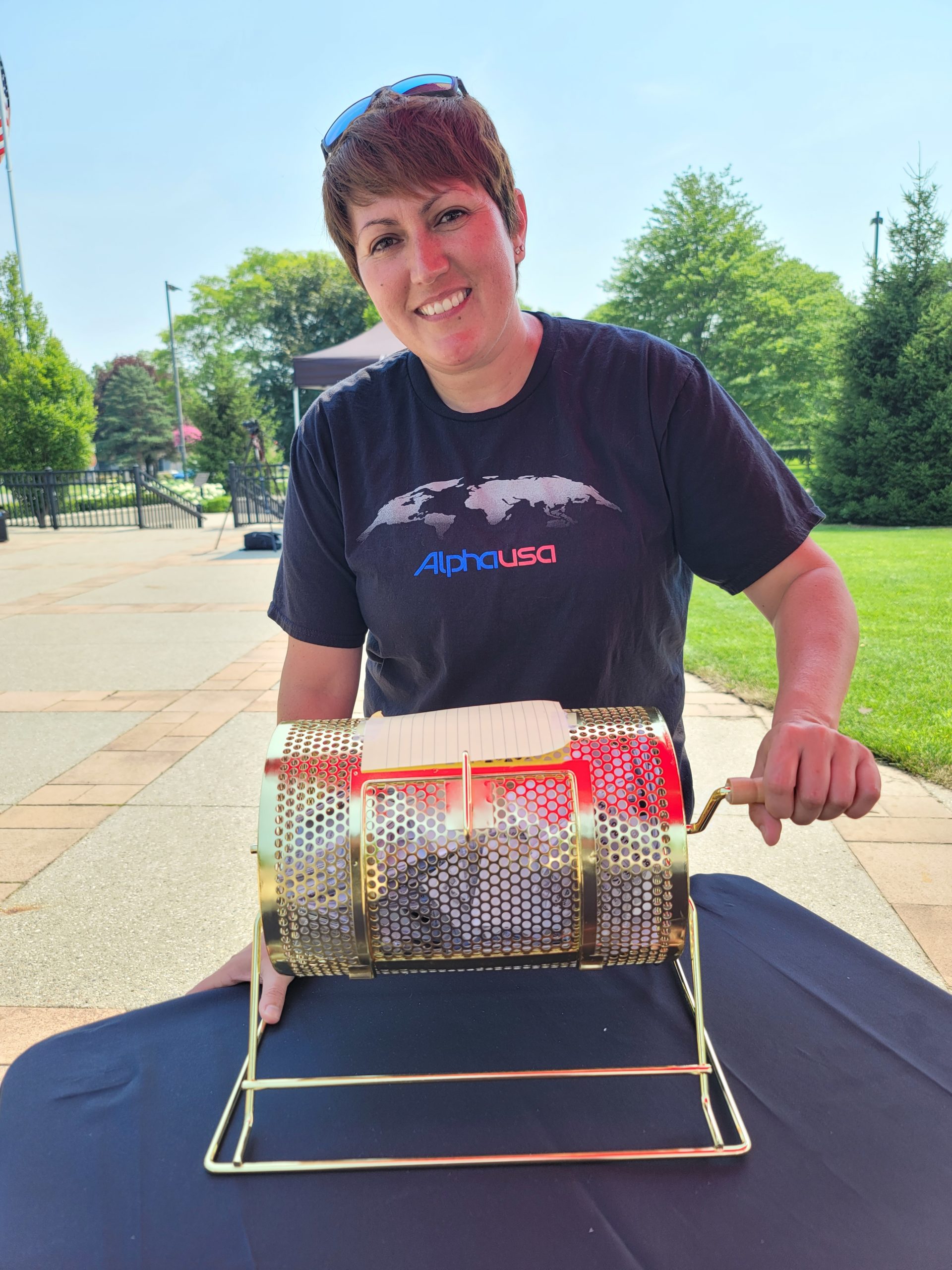 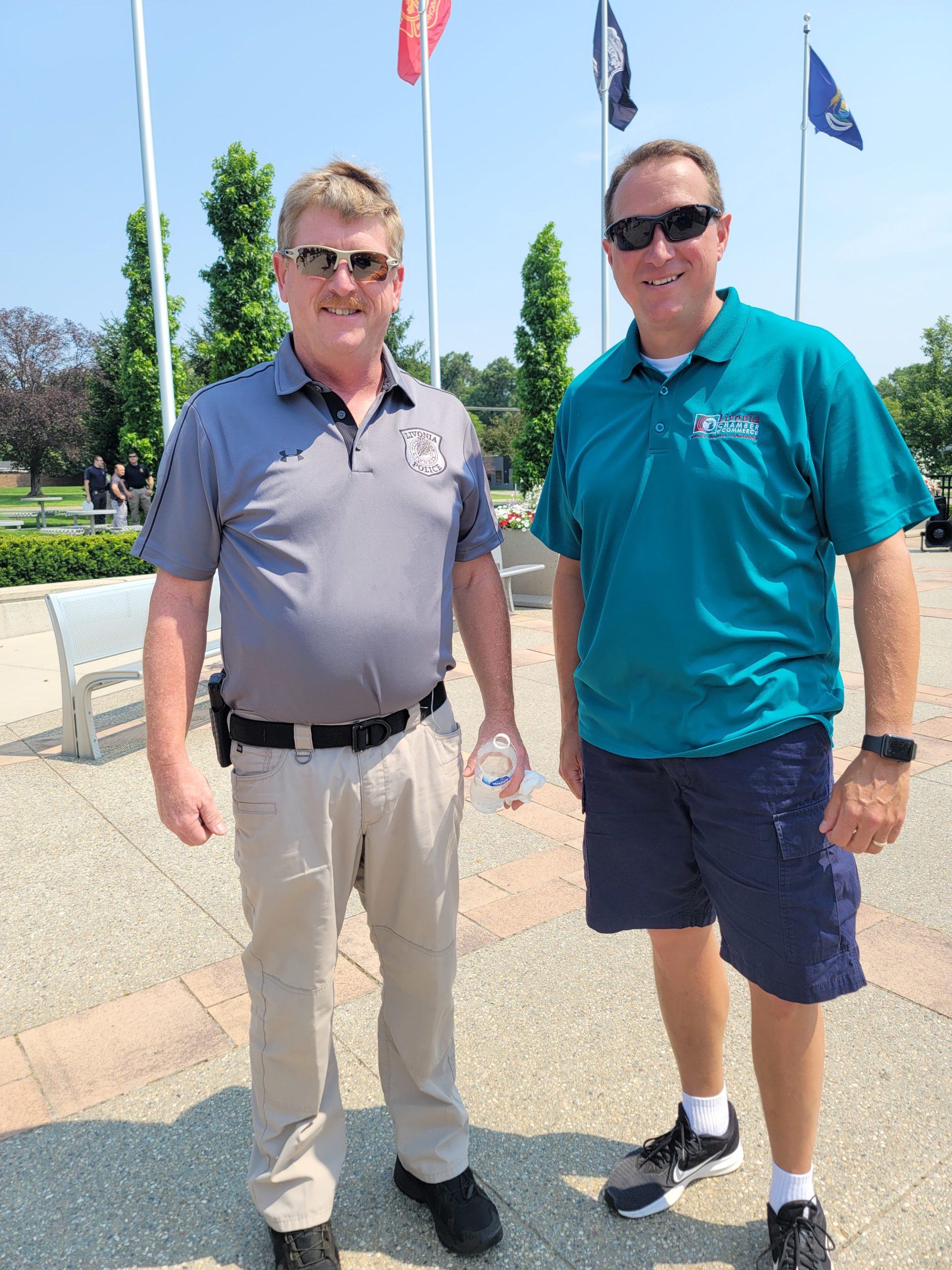 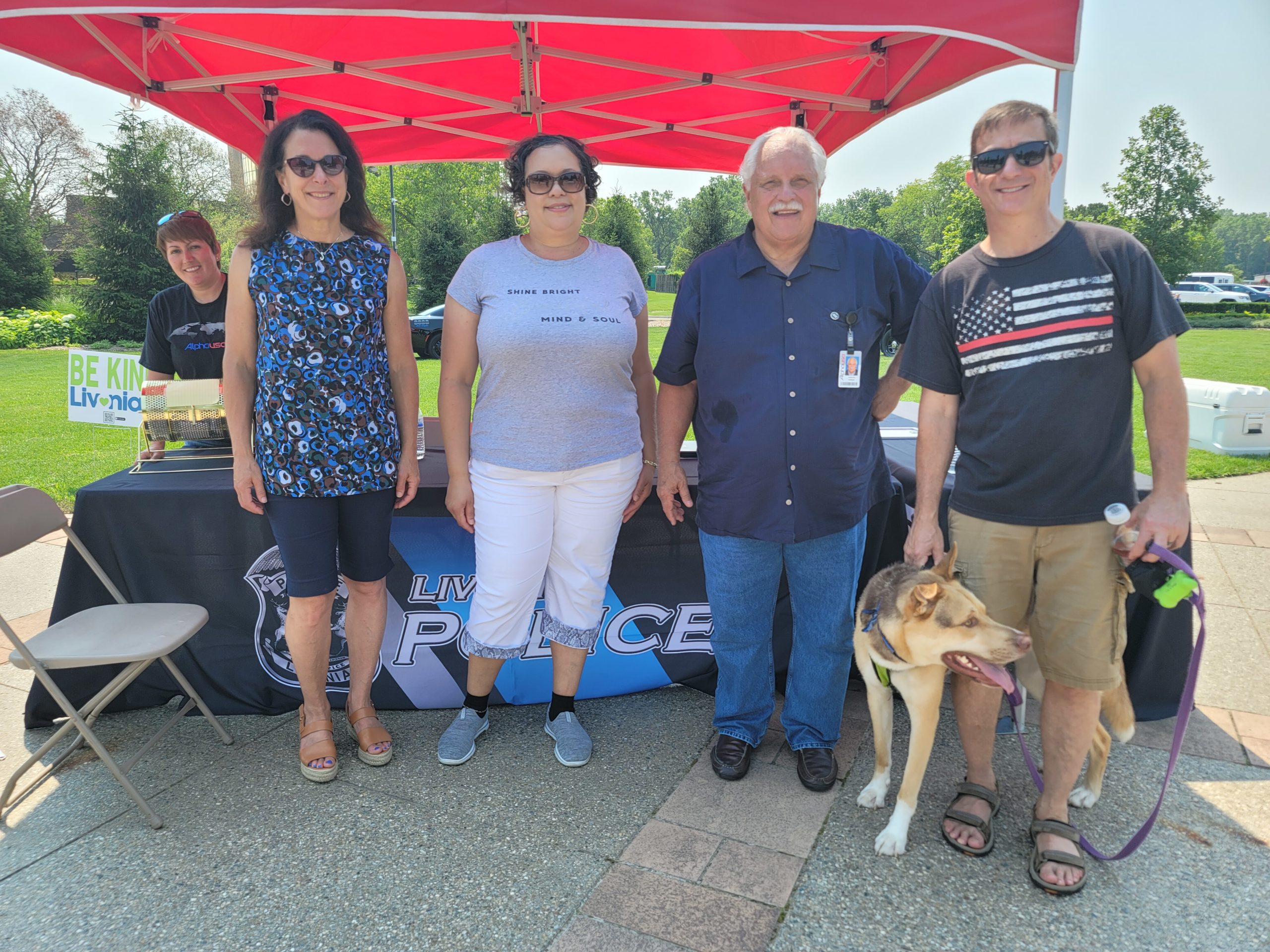 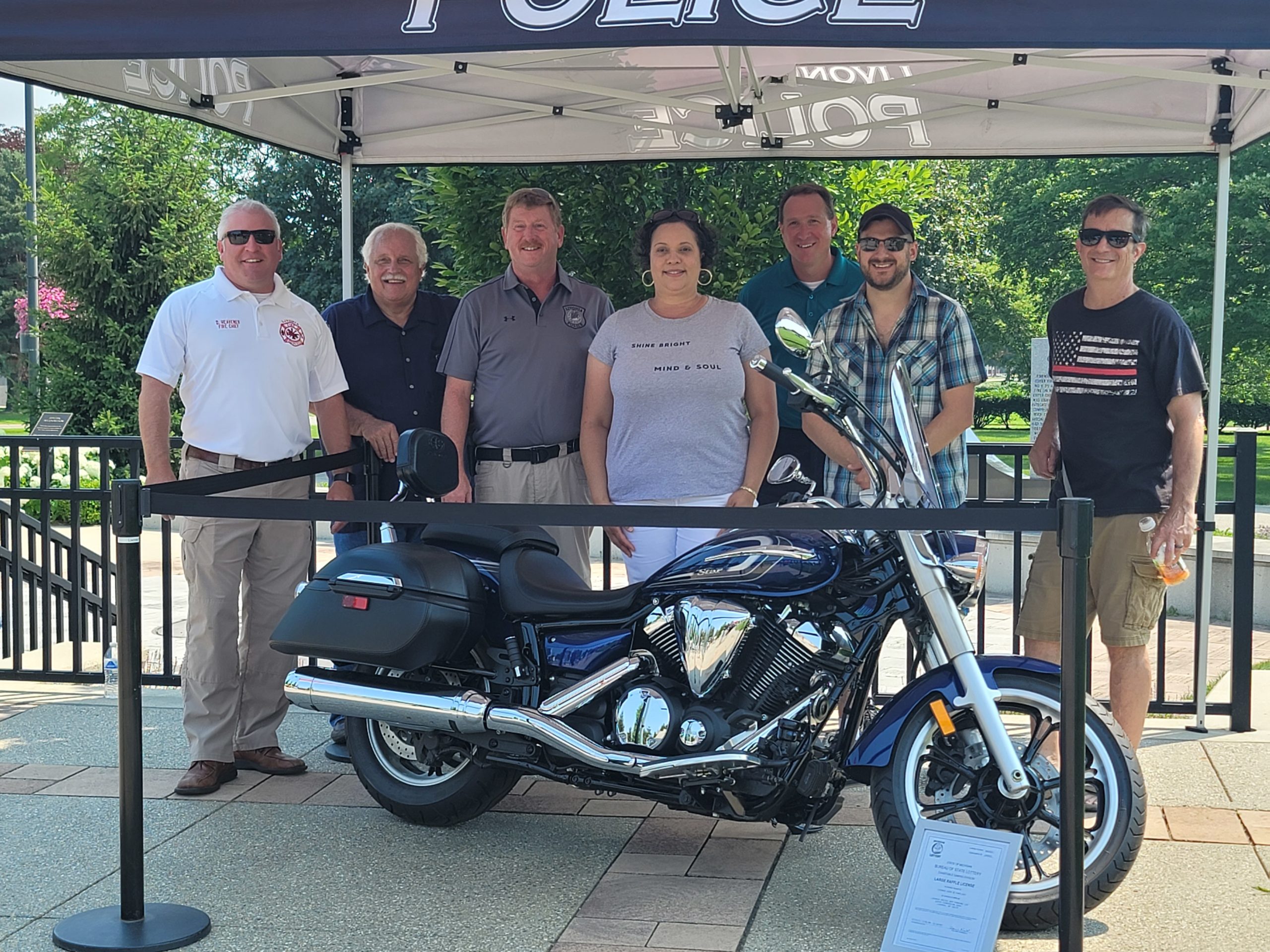 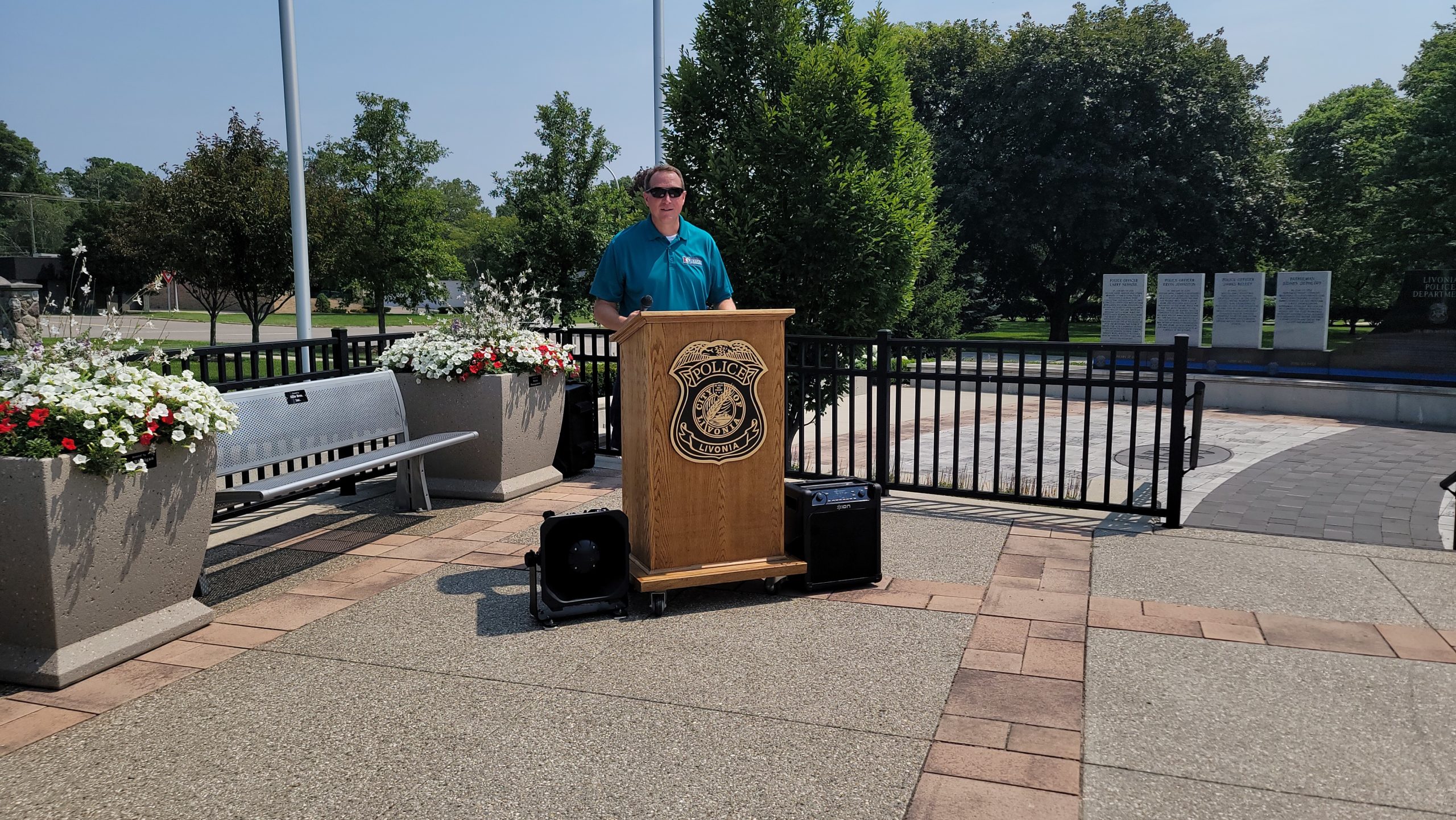 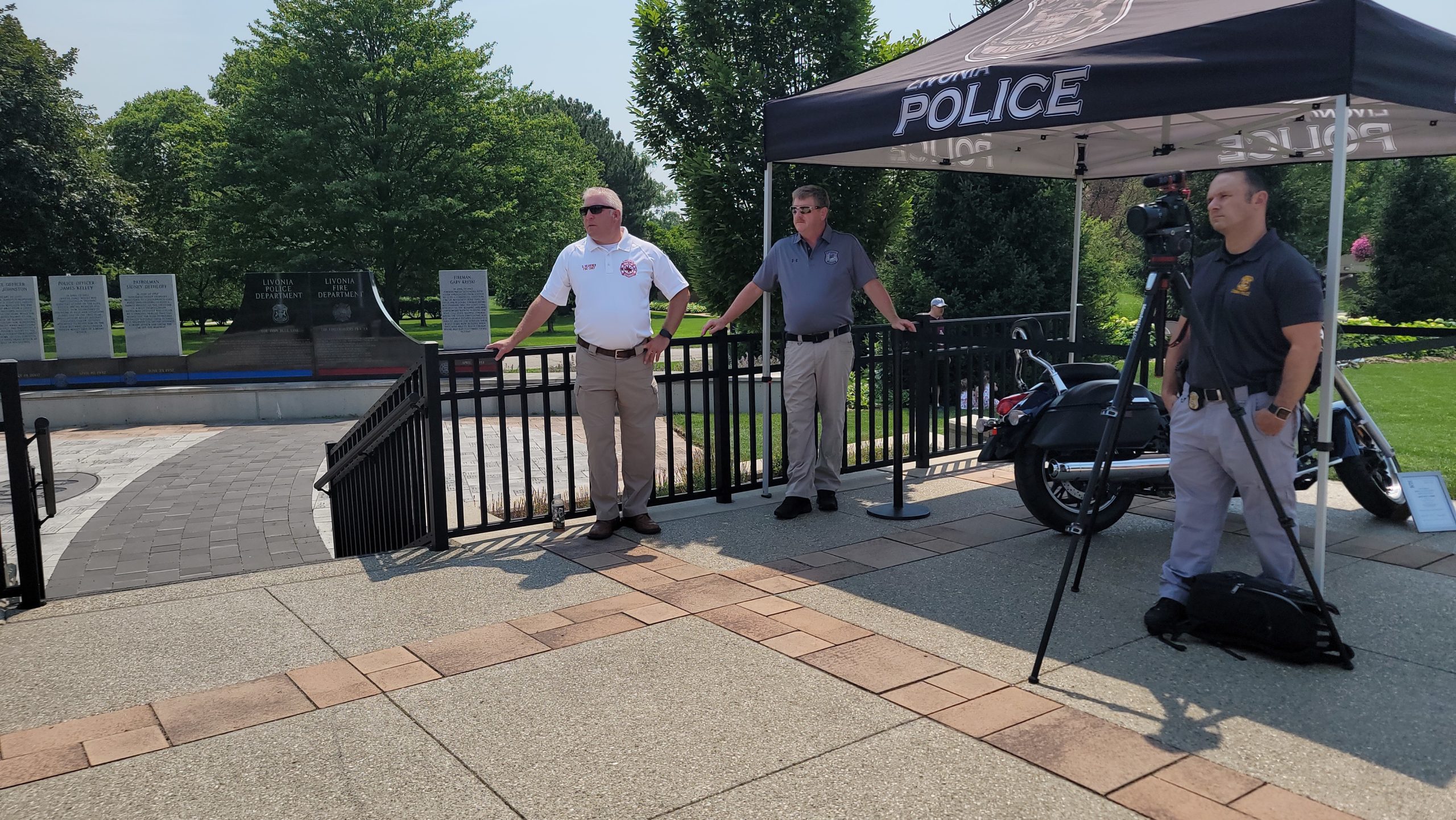 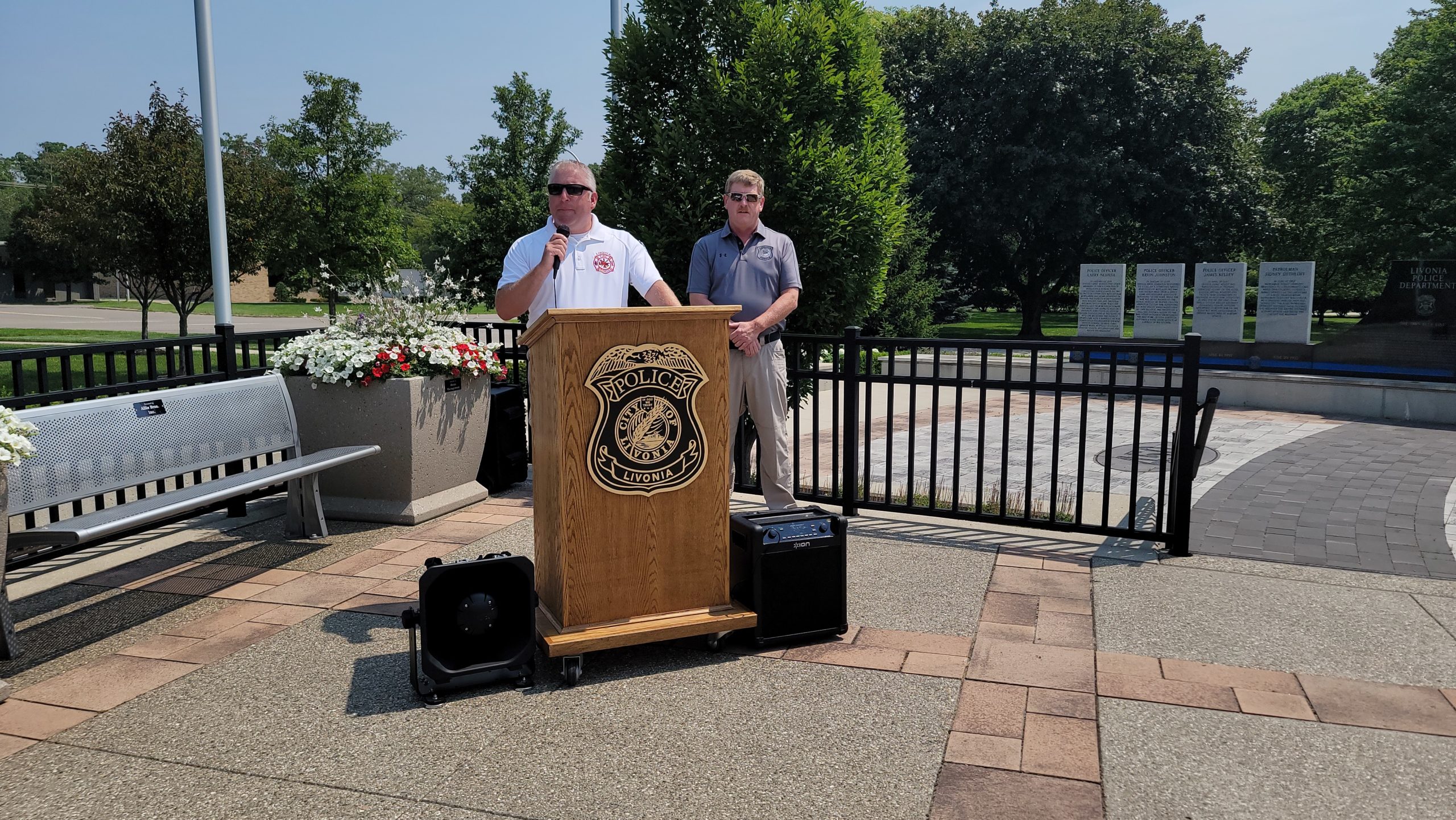 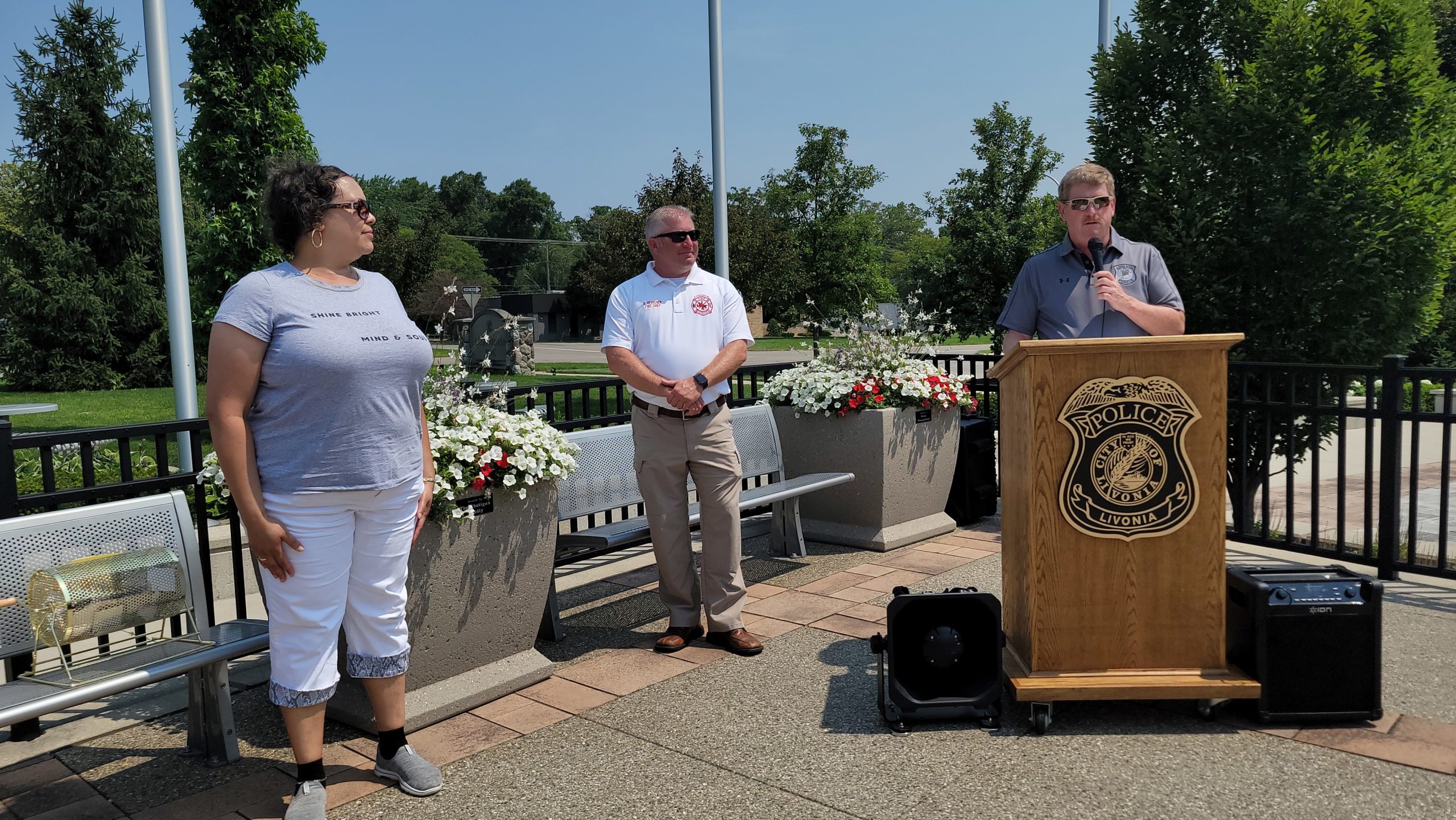 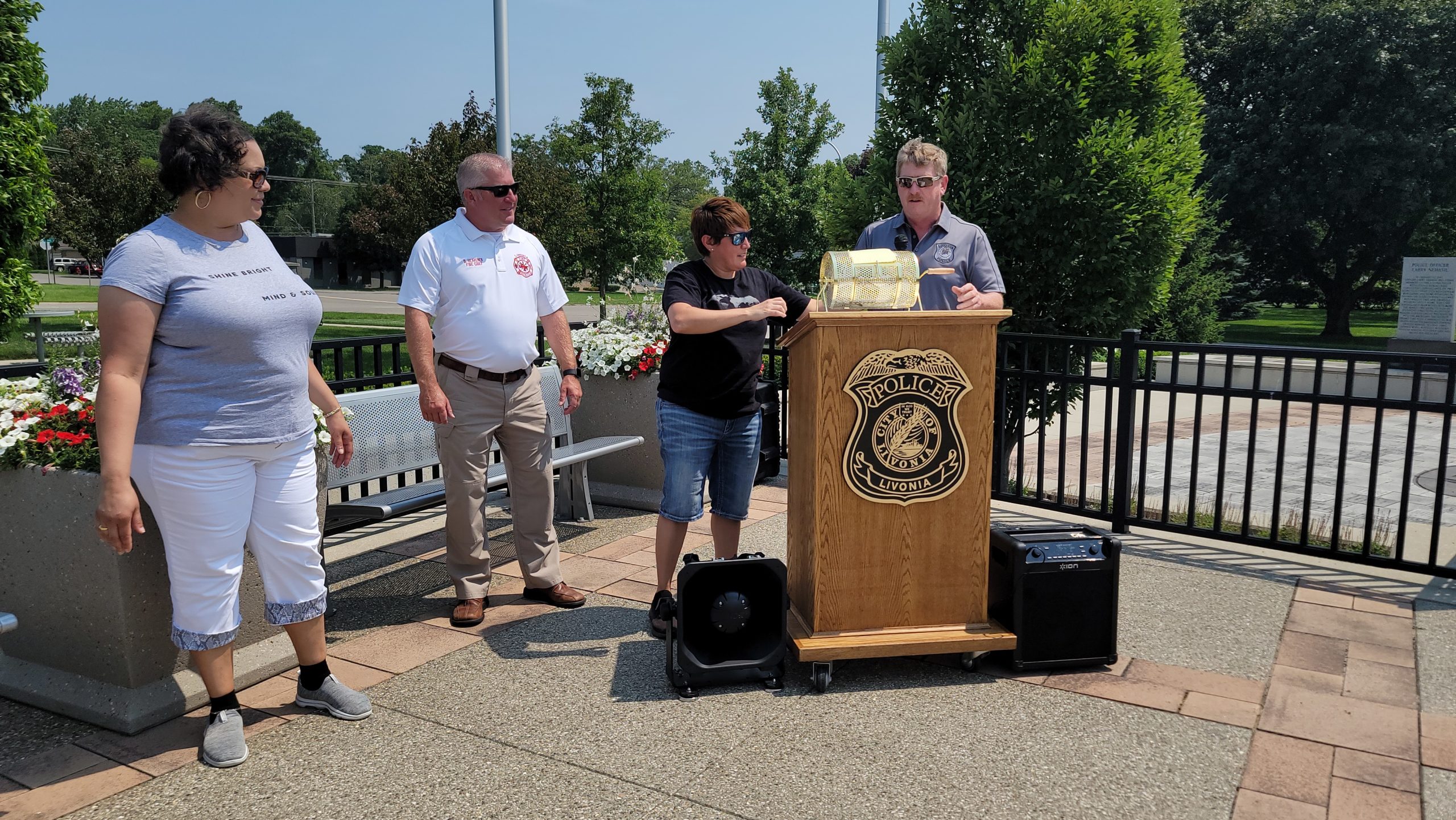 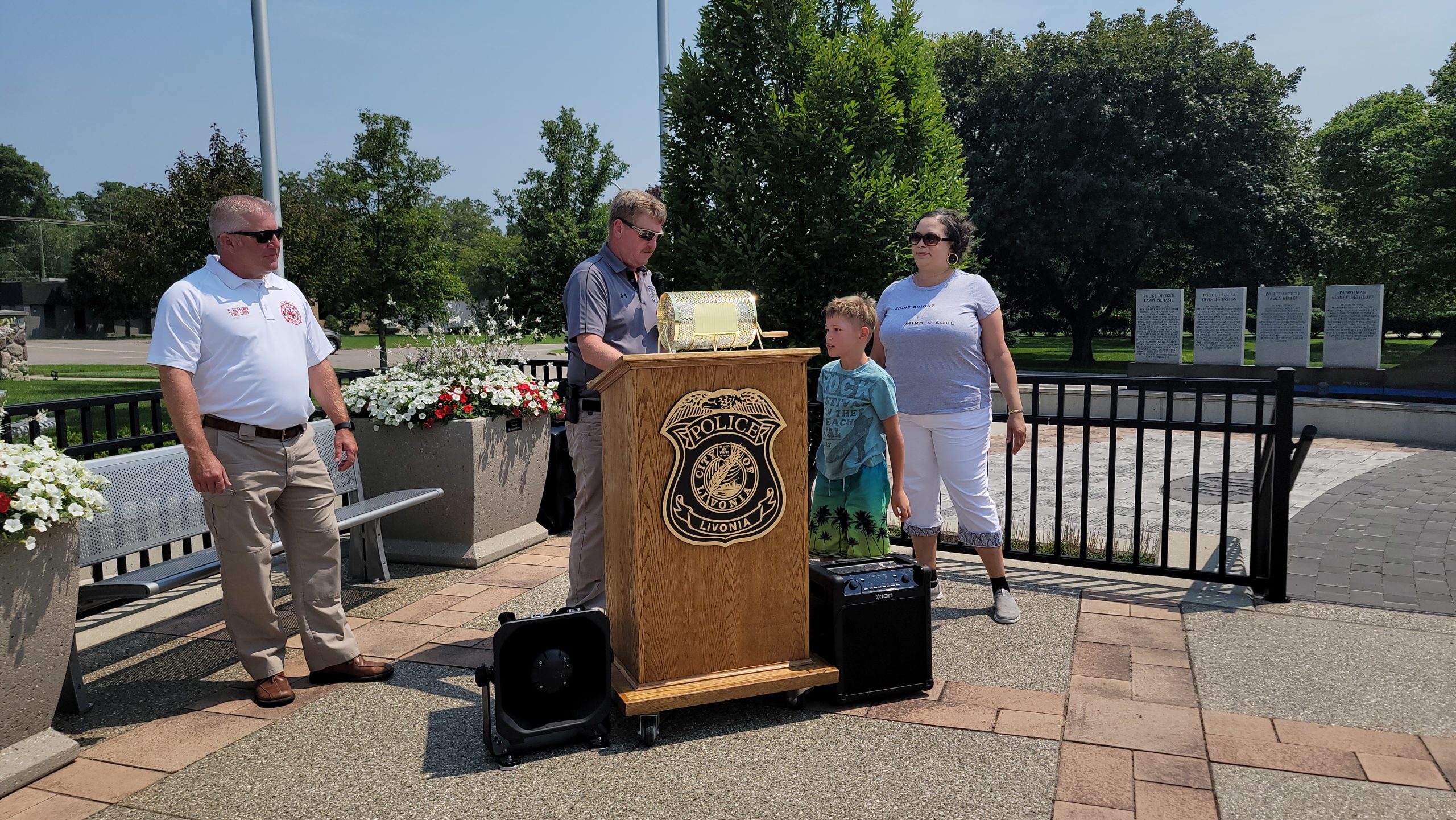 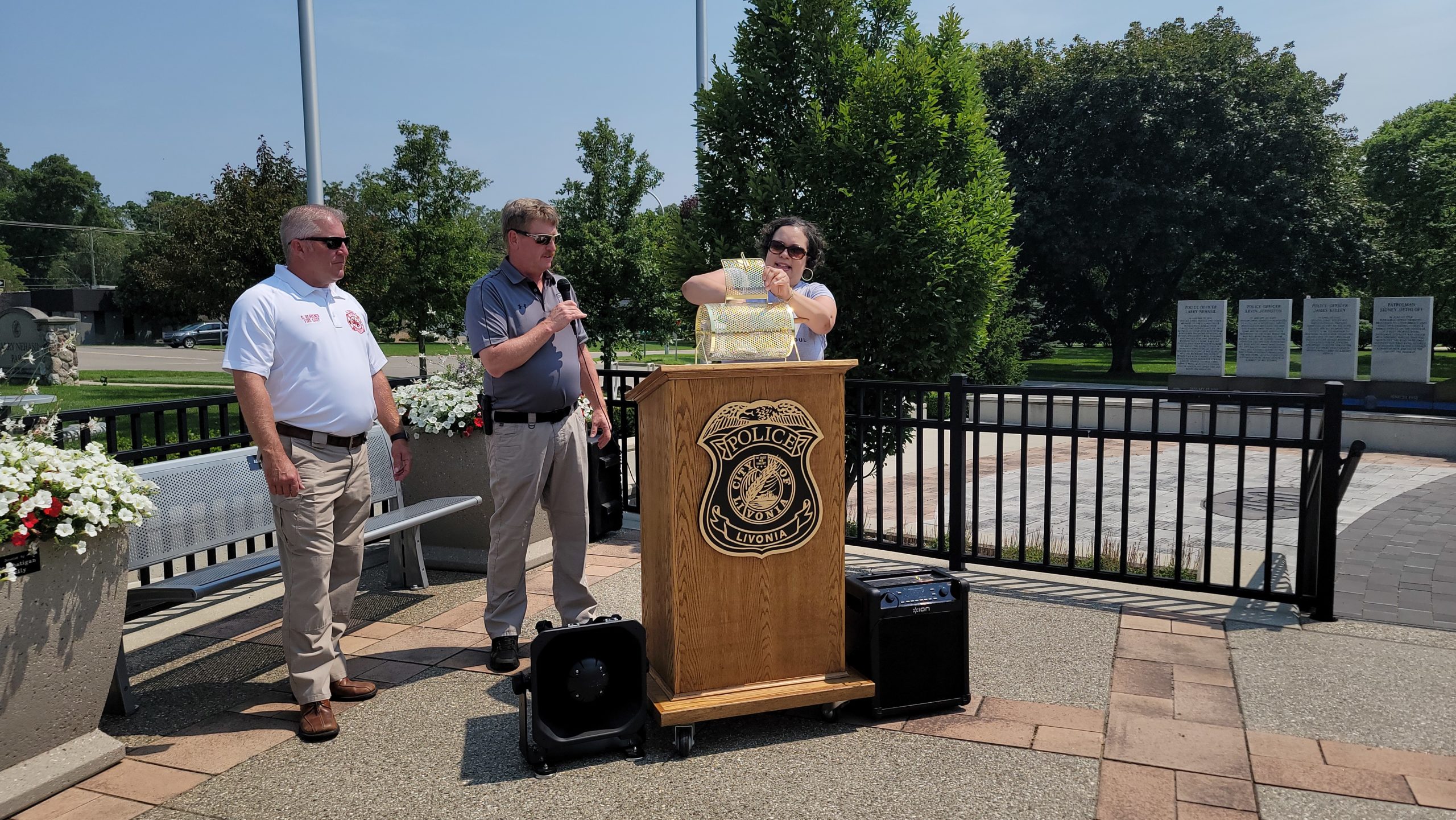 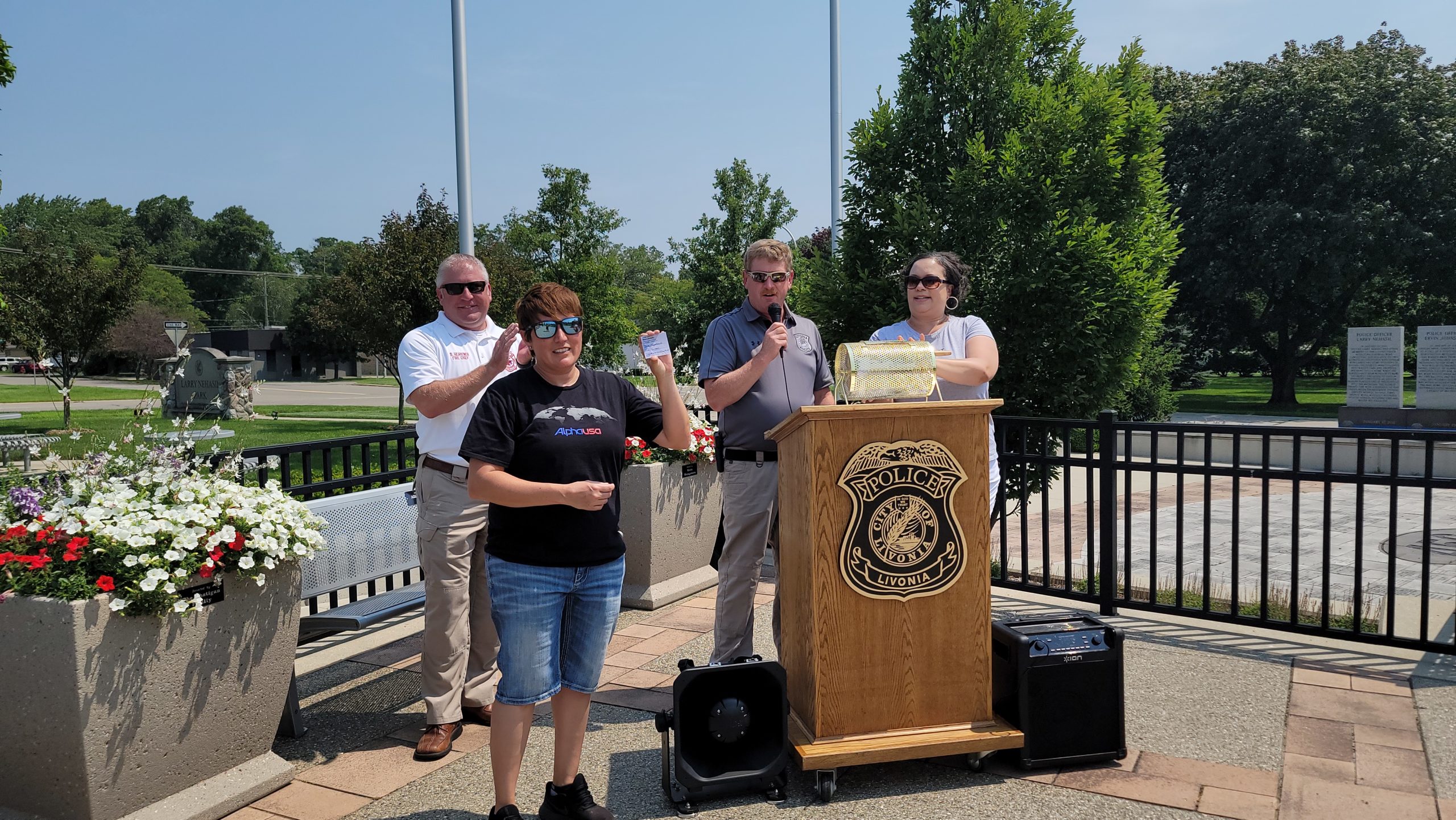 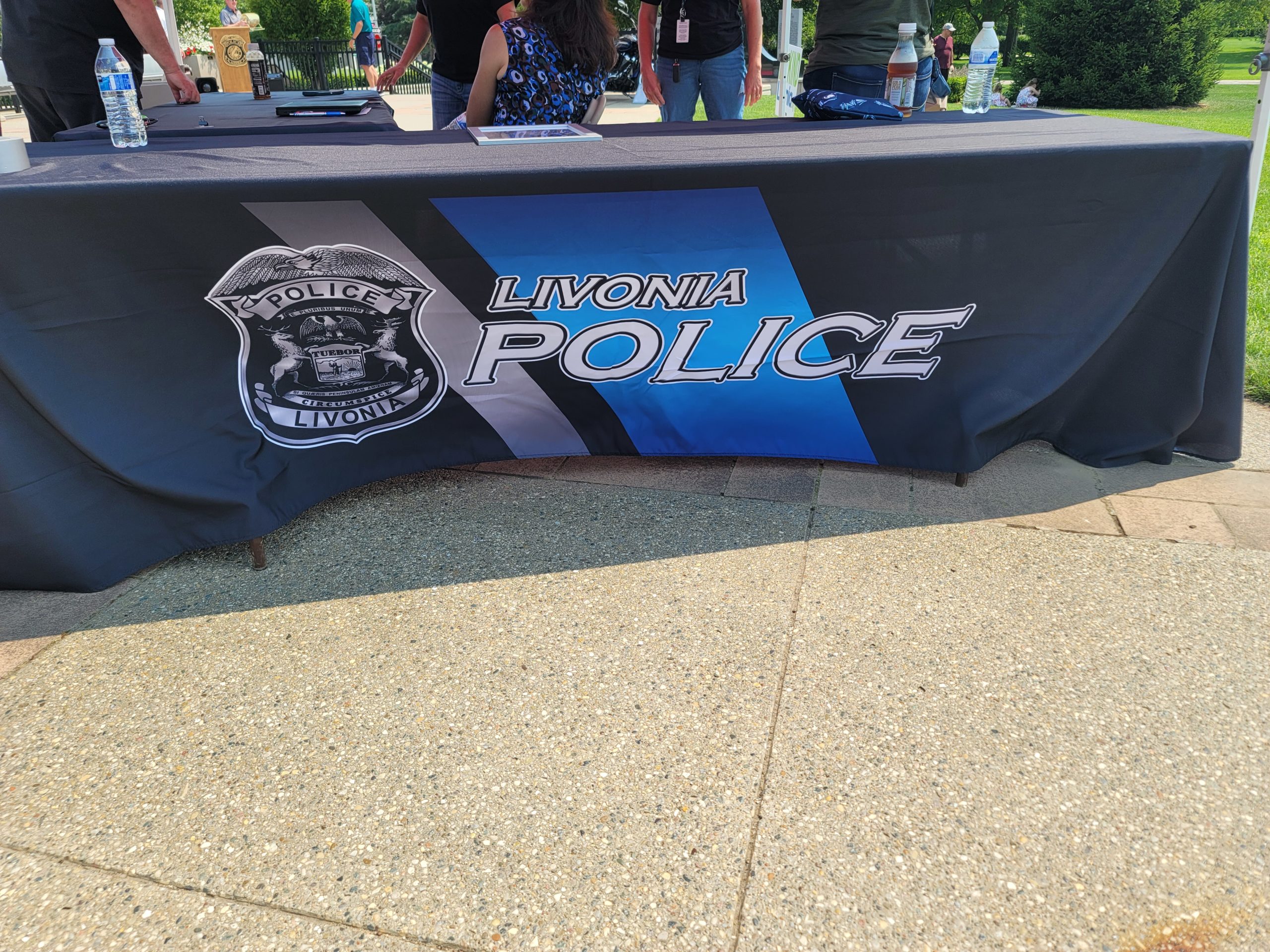