Bobby Hines was released from prison two years ago after serving 28 years for his involvement in a drug-related crimes when he was a teenager.

At age 43, he re-entered society and rebuilt his life through Flip the Script, a program that taught him to be a welder, giving him tools to reenter the workforce.

He said he learned to be forever contrite for the impact of his crime as he strives to be productive in his second chance. Today, he is successful at his job, owns a home, and has money in the bank.

“He is an example of former prisoners who found success in the skilled trades after re-entry thanks to a number of programs designed to help rebuild lives, providing another source of skilled-trades talent for local companies,” said Dan West, president and CEO of the Livonia Chamber of Commerce.

Hines credits the Goodwill Industries’ Flip the Script program and others like Chuck Dardas from AlphaUSA for his new path in life. Hines and staffers with the “Flip the Script” program spoke at the next I-275 Industrial Council meeting on Thursday, August 15, 2019 at the Schoolcraft College VisTaTech Center.

Bobby Hines, and his fellow candidates for this incredible program at Goodwill Industries of Greater Detroit, are referred to as “Returning Citizens”.

After thanking Goodwill Industries, his instructor Julius Norman and AlphaUSA’s Chuck Dardas and others, Hines shared his story, “My journey started at 15-years-old,” he said. “When I was released from prison, I had no idea where I was going in my life. My life was at a standstill. I had no credit. I didn’t have anything at all. I didn’t have a shirt to put on my back.”

A friend told Hines about Goodwill Industries and the Flip the Script program. Hines attended by taking the bus to class at Flip the Script five days a week for three months. “I never missed class,” he said. “I was never tardy.”

“I was along for the ride,” said Norman who is the Welding Trade Program Coordinator at Goodwill Industries of Greater Detroit. “Someone helped me and I wanted to give back.”

Norman met Dardas a few years ago. “Chuck said he wanted to help,” said Norman. “Since he has been involved, we have never run out of metal. He has done so much.”

Since 2014, they have graduated more than 160 students form the program. Out of those returning citizens, only four returned back to prison. “We have probably 85 percent retention,” said Norman. “They get their jobs and they keep them. We also teach financial literacy. It is not enough to make the money; you have to know what to do with it.”

Before he even graduated from class, Hines had a job lined up. “That is how good I got at welding,” he said.

He worked for a few weeks and eventually quit because it was hard on his body. He took another job. “Something in me told me that welding was my thing,” he said. He also got encouragement from his sister to go back to welding.

He eventually went back and his instructor Norman got him another lead and he landed a new job. “It was a drive in me to never stop” said Hines. “I didn’t want to go back to the thing that landed me in prison.”

Since then, Hines has been working full-time in welding. He has savings account, a retirement plan and a fiancé. “I knew if I stayed in the workforce,” he noted, “I would have less time for anything else.”

He is scheduled to be released from parole mid-September 2019. “It is a wonderful feeling to be working, to be part of society and to be back with the people you love. I would give all my thanks to Goodwill and to Chuck of course.” 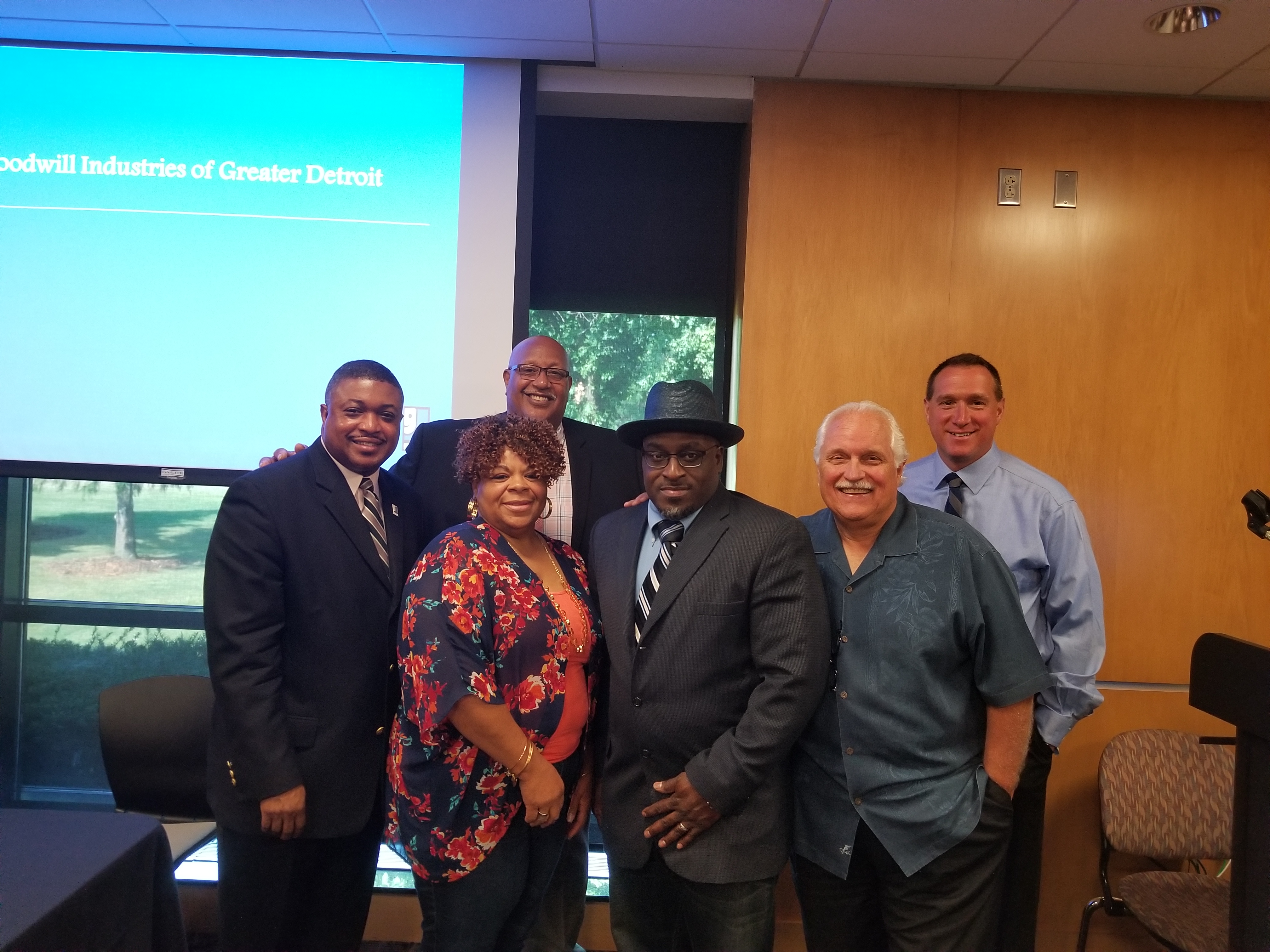 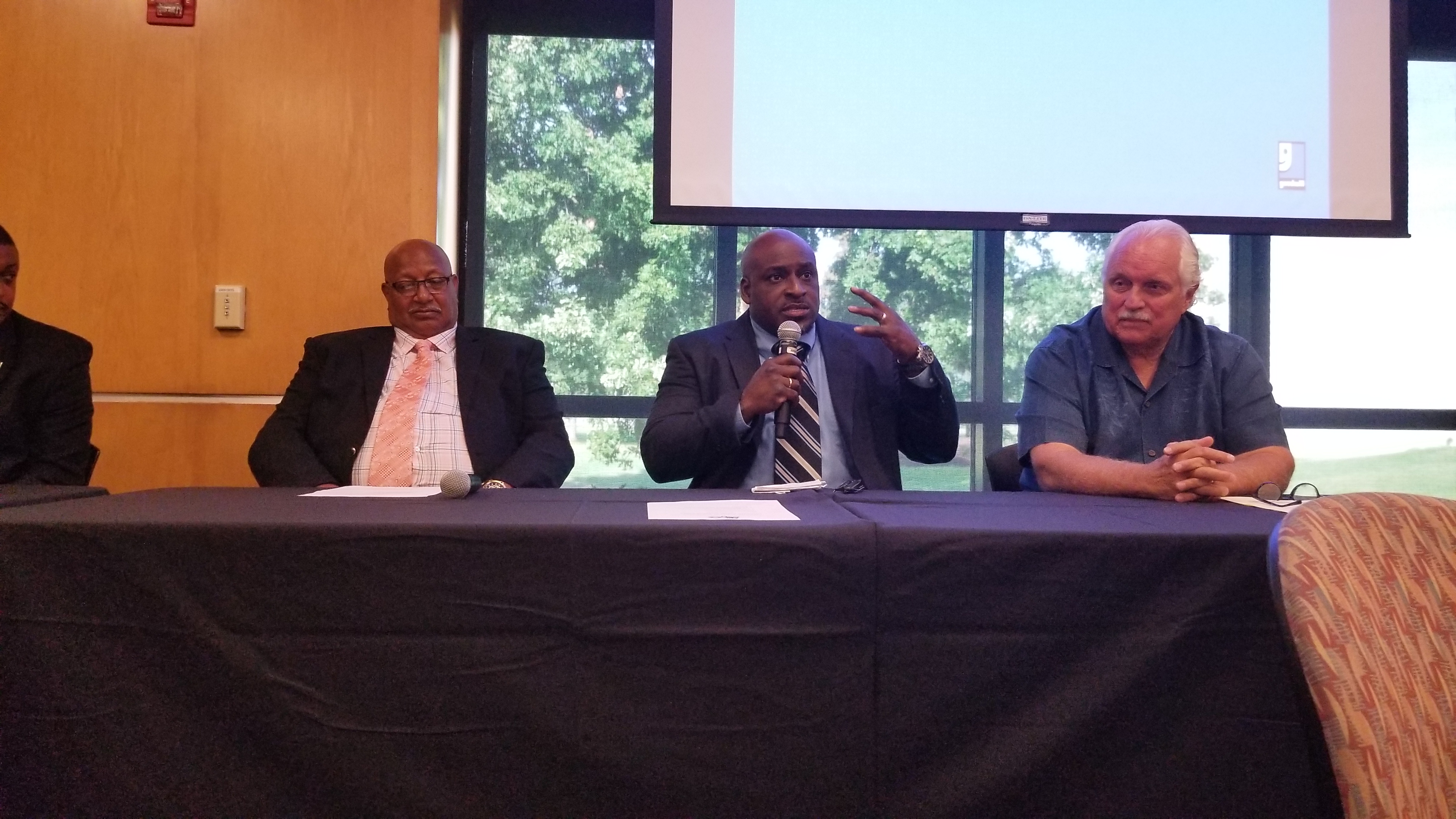 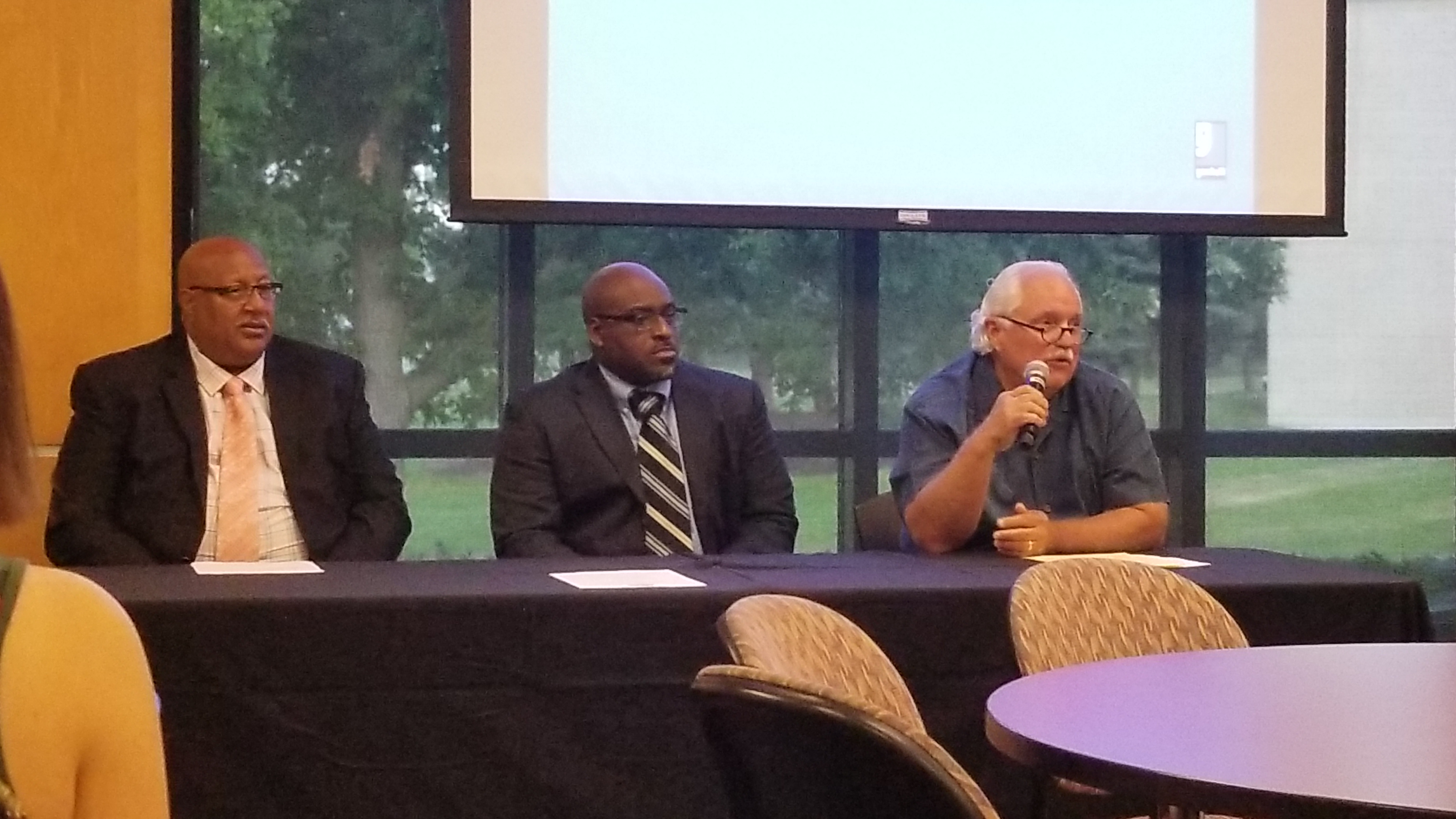