The North American automotive industry is preparing for 32 new and remodeled vehicle launches in 2014. In response, the supply base is finding ways to collect and analyze “big data” to improve product planning, streamline development and meet the industry’s aggressive launch schedules over the next three years.

Big data is loosely defined as the concept of managing, analyzing, storing and manipulating large or complex sets of data.

AlphaUSA’s big data involves tracking, monitoring and analyzing layers of information, including cause of stoppage, frequency and duration, on multiple presses running simultaneously.

“The data has allowed us to find areas, whether in a workstation or department, that is the greatest cause to time bottlenecks,” said David Lawrence, AlphaUSA’s chief administrative officer.

“The more time we save, the more capacity we have.”

Less than a year after launching the data collection process, AlphaUSA is achieving more than a 35 percent increase in efficiency on its shop floor, Lawrence said.

Jon Riley, vice president of digital manufacturing for the Ann Arbor-based National Center for Manufacturing Sciences, said the industry fallout in 2009-10 has caused suppliers to seek different avenues toward efficiency.

“Today’s suppliers are more lean and agile and are able to take advantage of some of these technologies,” Riley said. “We’re seeing more small- and medium-sized companies that recognize the importance of leveraging their information, or data.”

“We all know the industry is moving faster than it ever has,” McCarthy said, “and the use of data is now creating a responsive, and sustainable, business model.”

Steve Patton, partner and global automotive advisory leader for Ernst & Young LLP, said advancements in technology have boosted the use of data in industry.

“There’s an abundance of data, from the shop floor to the back office,” Patton said. “If you can harness the power of data, there’s a lot of efficiency to be gained, and the availability and access to the data has helped.

” However, the supply base is in the nascent stages of big data, said Karen Newman, vice president of automotive industry for the Americas at IBM Global Business Services in Southfield. She also warns that suppliers that are not at least collecting data will suffer.

“I think right now we’re seeing a lot of (auto suppliers) companies beginning to look at the area of big data, but we’re not seeing a lot of leaders in the space,” Newman said. “Get on board or be left behind; the suppliers using big data and those concepts are going to get more of those big programs from automakers as we move forward.”

Michael Robinet, managing director of automotive consulting for Novi-based data analysis firm IHS Automotive Inc., said while programs are in the early stages of adoption, many suppliers are diving into data to assess which vehicle platforms they should target.

He said the average life cycle of a vehicle program is up to 20 years — 28 months of development, five-plus years of production and seven-plus years of participation in service agreements.

“If you take a look at your average vehicle program … you better make darn sure you know what you’re getting into,” Robinet said. “Suppliers need to make sure the volumes fit their business and, from a cost perspective, they are not giving up business elsewhere that could be more beneficial.”

“We look for customers that are launching global platforms and tailor our product offerings around their design deadlines,” Wohletz said. “We’re using the data to balance our short-term versus long-term plans and determining what customers we want to be tight with in 2018.”

“To really survive going forward, suppliers have to absolutely master the idea of their portfolio, technology and how to diversify their business across geography, customers and platforms,” Robinet said.

If suppliers aren’t using data, “they will drop the ball somewhere,” he said.

Cleveland-based Eaton Corp., with a research and development center in Southfield, said the new launch schedule poses a new threat to capacity management.

Jim Michels, business communications manager for the Eaton vehicle group, said the supercharging and engine component supplier struggles with production planning becausee of a lack of communication from customers.

“Most of the time it all aligns, but sometimes a customer will say ‘trust us’ with regards to future volumes,” Michels said. “That creates a real challenge, especially as we’re going into the fourth quarter and looking at advanced planning.”

“With the number of new launches coming, there isn’t a lot of room for error; we simply can’t miss,” Michels said. “We have to be much more cognizant of our data and making sure we are triangulating that data and not relying on a single source for decision-making going forward.”

The system mainly analyzes the quantity of parts in each delivery, comparing that figure with the original order and with the number of parts that have to be returned for quality problems.

About 180 suppliers are being monitored. BorgWarner plans to implement the system in the U.S. and other parts of Europe this year and in India and China next year, Kiebel said.

“I wouldn’t characterize that there’s more focus on data points, but it’s being analyzed to a greater extent,” Royce said. “We all have a wealth of information in our companies, and we’re driving it to another level.”

AlphaUSA, which employs nearly 100, is adding a second shift and is prepared for capacity swings over the next five years, thanks to data evaluation, Lawrence said.

“We’ve had a learning curve here for using data, but we certainly have done our homework,” he said.

“We’re going to look at different types of data and more of it to find more efficient means of business.” 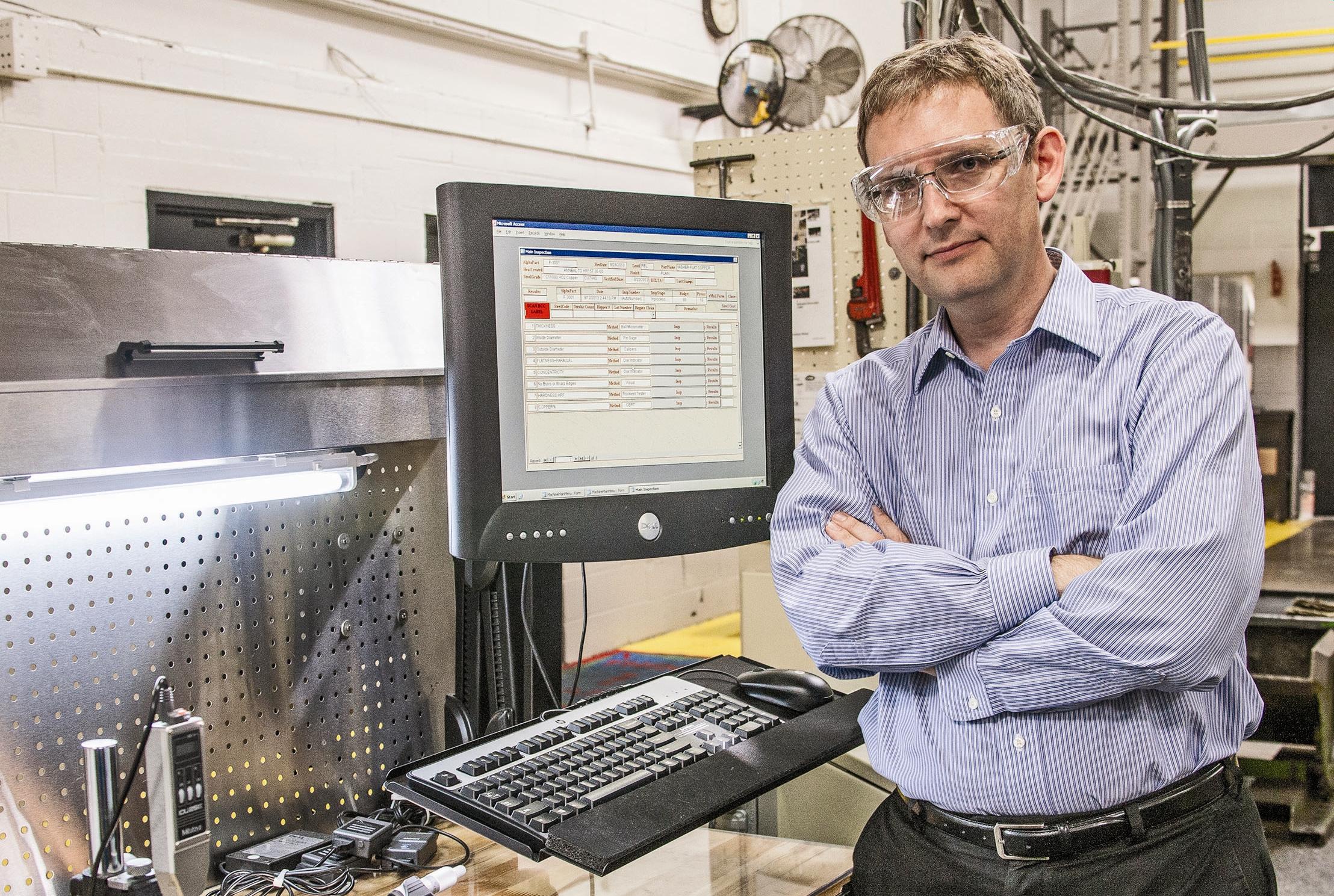