Livonia, MI – The Young Inventors program kicked off with a week of events designed to be sessions of inspirational messages about the program. A number of speakers visited students at schools throughout Wayne/Westland, Livonia, Clarenceville, and Garden City where they discussed cars, inventions, and creativity.

The Young Inventors program is a collaborative effort with AlphaUSA, the Livonia Chamber of Commerce, Schoolcraft College, and the Wayne/Westland, Livonia, Clarenceville, and Garden City school districts.

“We are trying to reinvigorate a passion for building things among young people,” said Dan West, president and CEO of the Livonia Chamber. “There is much demand now and in the future for jobs in the skilled and technical trades. Programs like this are designed to introduce these professional jobs to students and their parents, and help them realize these opportunities are viable, good-paying careers without having to earn a four-year degree.”

The first to speak was Chuck Dardas from AlphaUSA who explained that the Young Inventors competition had actually started in Clarenceville. “We’ve been doing this young inventors contest for several years; it actually started in Clarenceville across the street about six or seven years ago,” he said. “This is the kickoff of the contest, there will be seven schools involved this year. There will be five winners at each school.”

For these winners, explained Dardas will be a banquet in their honor at Schoolcraft College. “I want you to work real hard on your inventions, get them submitted, and have fun,” he encouraged the students.

Chuck introduced the first guest, Danny  Kellermeyer Born in a small city outside of Jackson, Michigan, Cohen is an inventor. In an effort to convey the importance of innovative thinkers, Cohen talked about coming down with polio at the age of four.

“Luckily, there was an inventor named Jonas Salk that created a vaccine,” he explained. “That vaccine was given to all the kids coming in to school so they did not have polio and could not give polio to other kids. Thank heavens for inventors in the medical industry like Salk for getting this done and getting polio out of the way.”

Thinking back on his own inventions, Cohen explained how he went from building go-carts to building race cars. “With endurance racing, you have to invent and build your own parts,” he said. “Building race cars takes a lot. I start with a bare frame and build up.”

It was during his time building race cars that Cohen met a fellow race car driver, who also spoke at the event. It was during Christie Bagne’s time at the University of Michigan that she fell in love with race car driving. The metro Detroit native was going to school to obtain her neuroscience degree when she began participating in open track days, autocross, and ice racing with friends.

The equestrian enthusiast, who says horse riding shares similar dynamics with race car driving, took two years off from driving after receiving her degree to attend Kettering University where she earned her degree in Mechanical engineering.

Bagne spoke about having to modify her streetcar to withstand different environments and race tracks. “I had to make a streetcar survive on a race track,” she explained. “They aren’t really designed to go out there, so we had to talk a lot about things like brake poling.”

On the topic of her newly purchased Spec Miata, Bagne discussed that the while she did not build the car herself, she had to make several modifications to the vehicle. The problem solving she employed in this process, she said, is what the students will have to employ when competing in the Young Inventors competition.

“The type of problem-solving that you guys are going to be using in this competition is going to help you be better problem solvers in your life, no matter what you want to do and will come in handy in situations like this,” she explained. 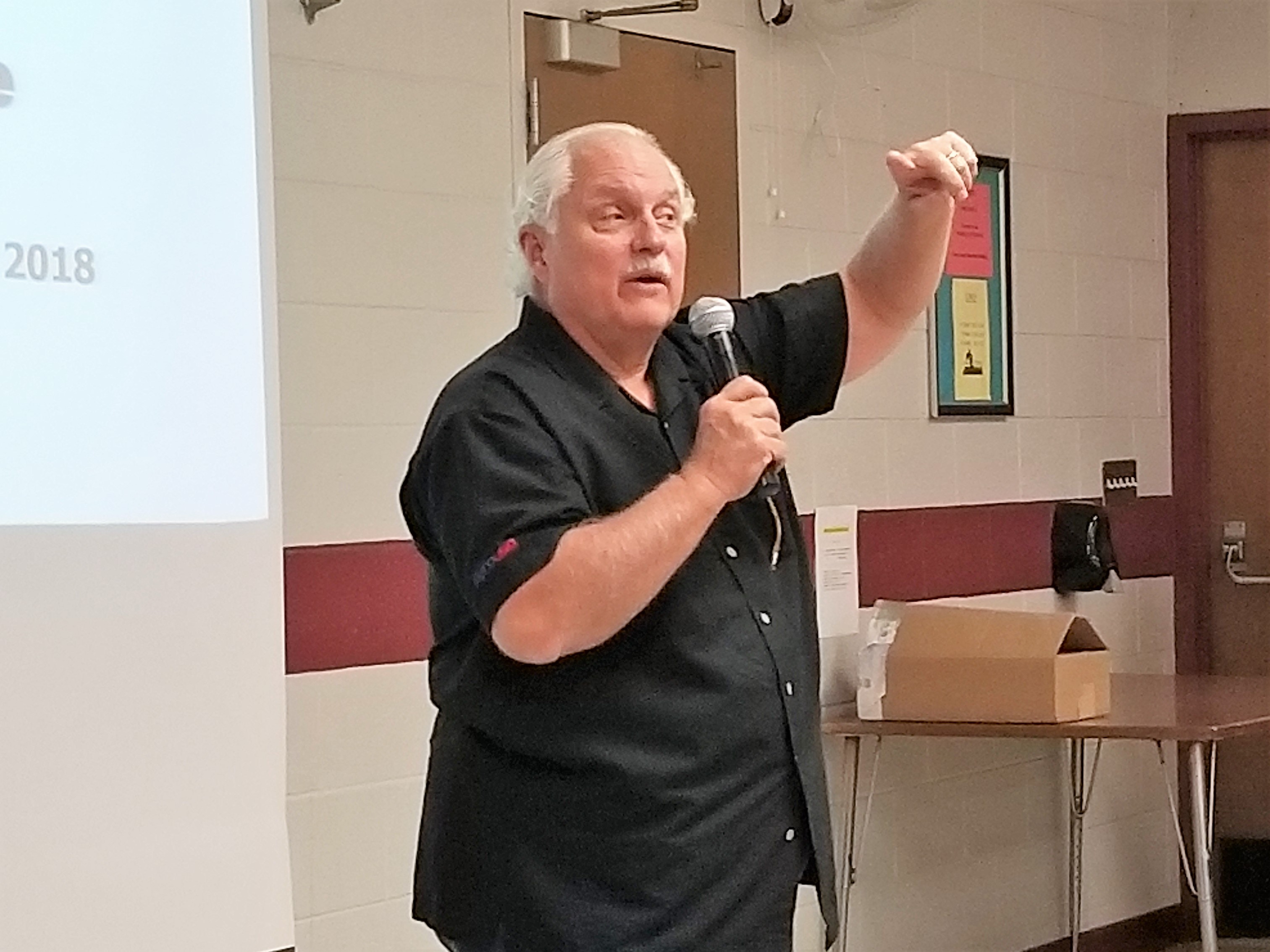 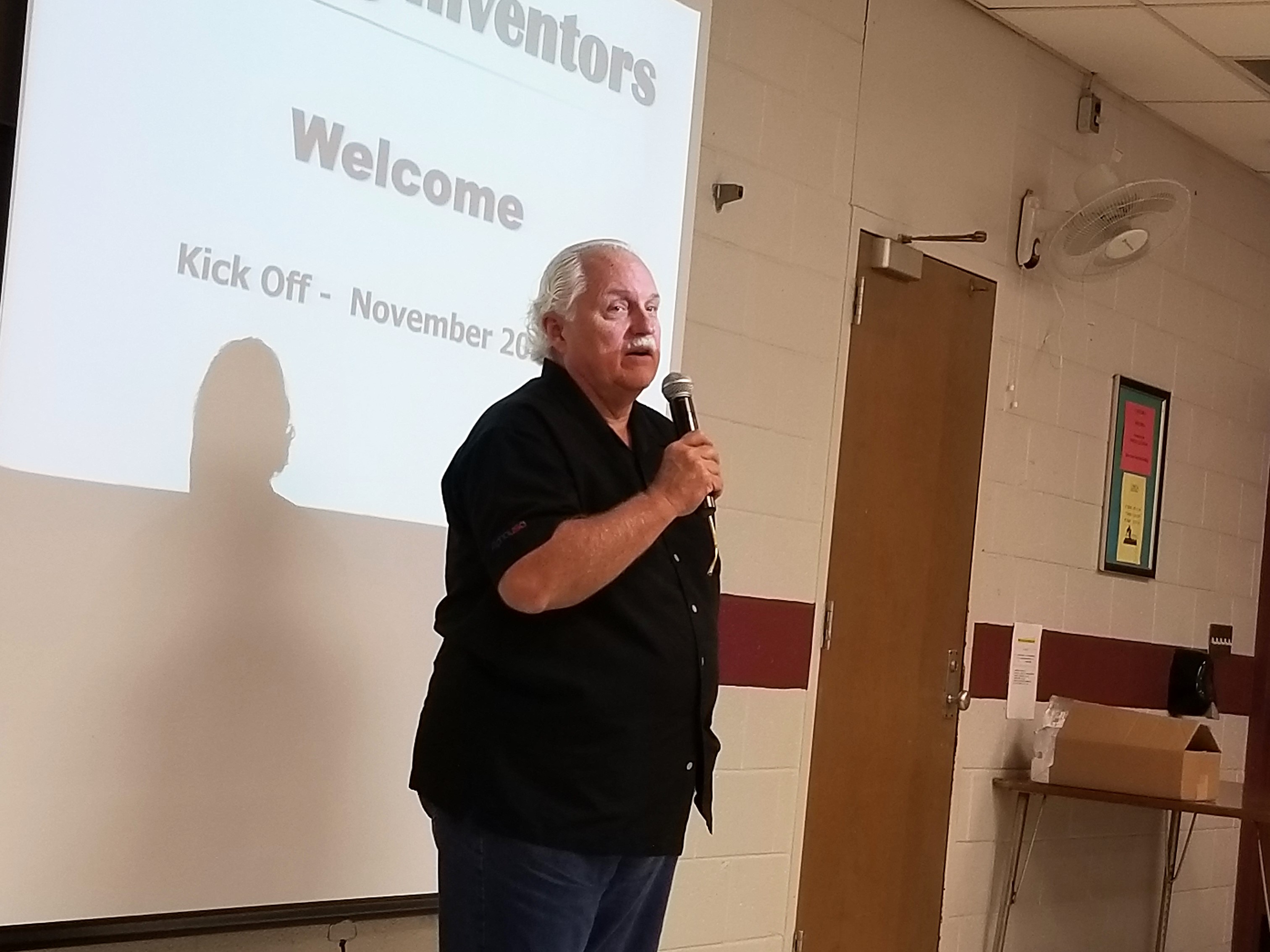 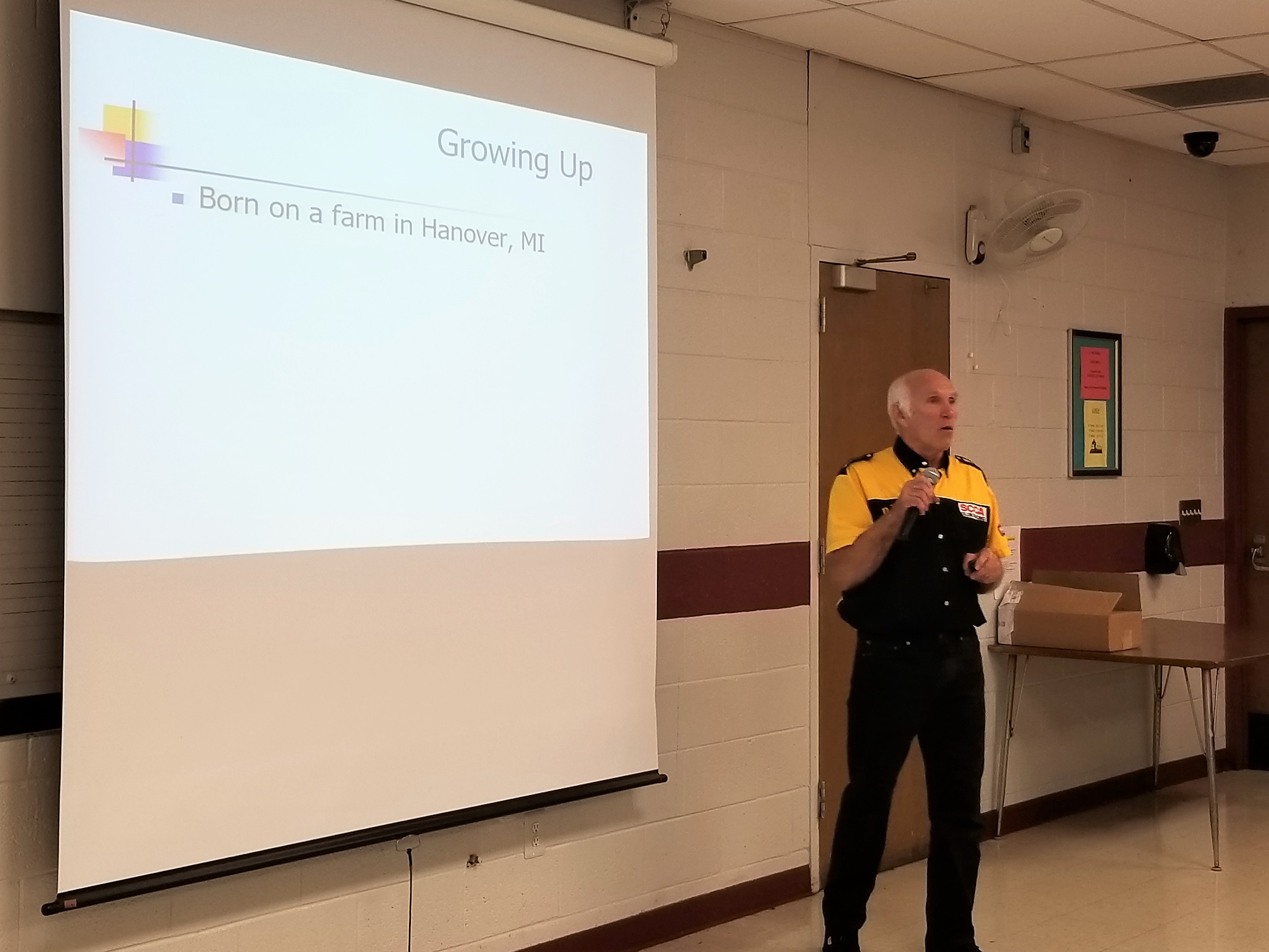 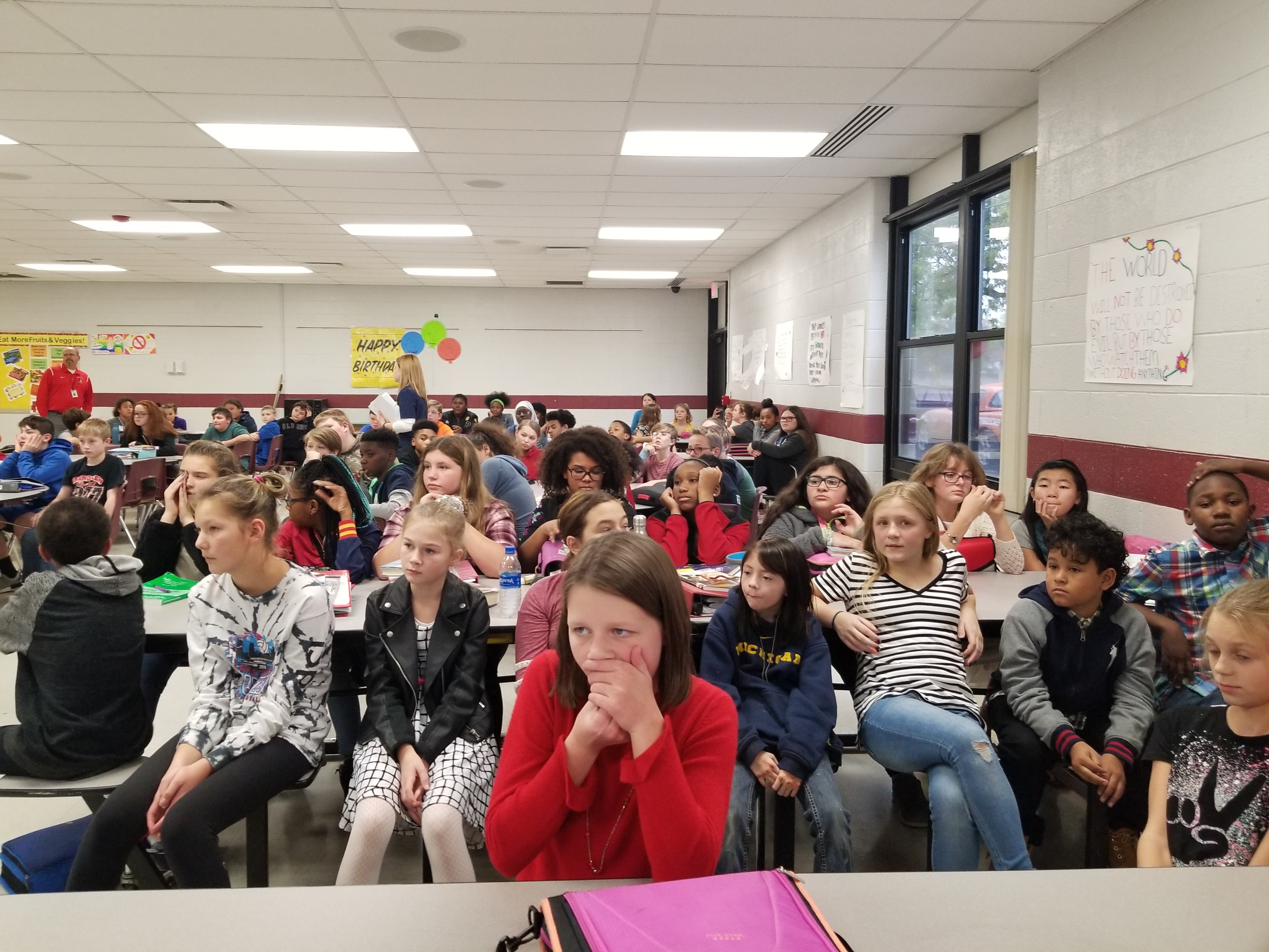 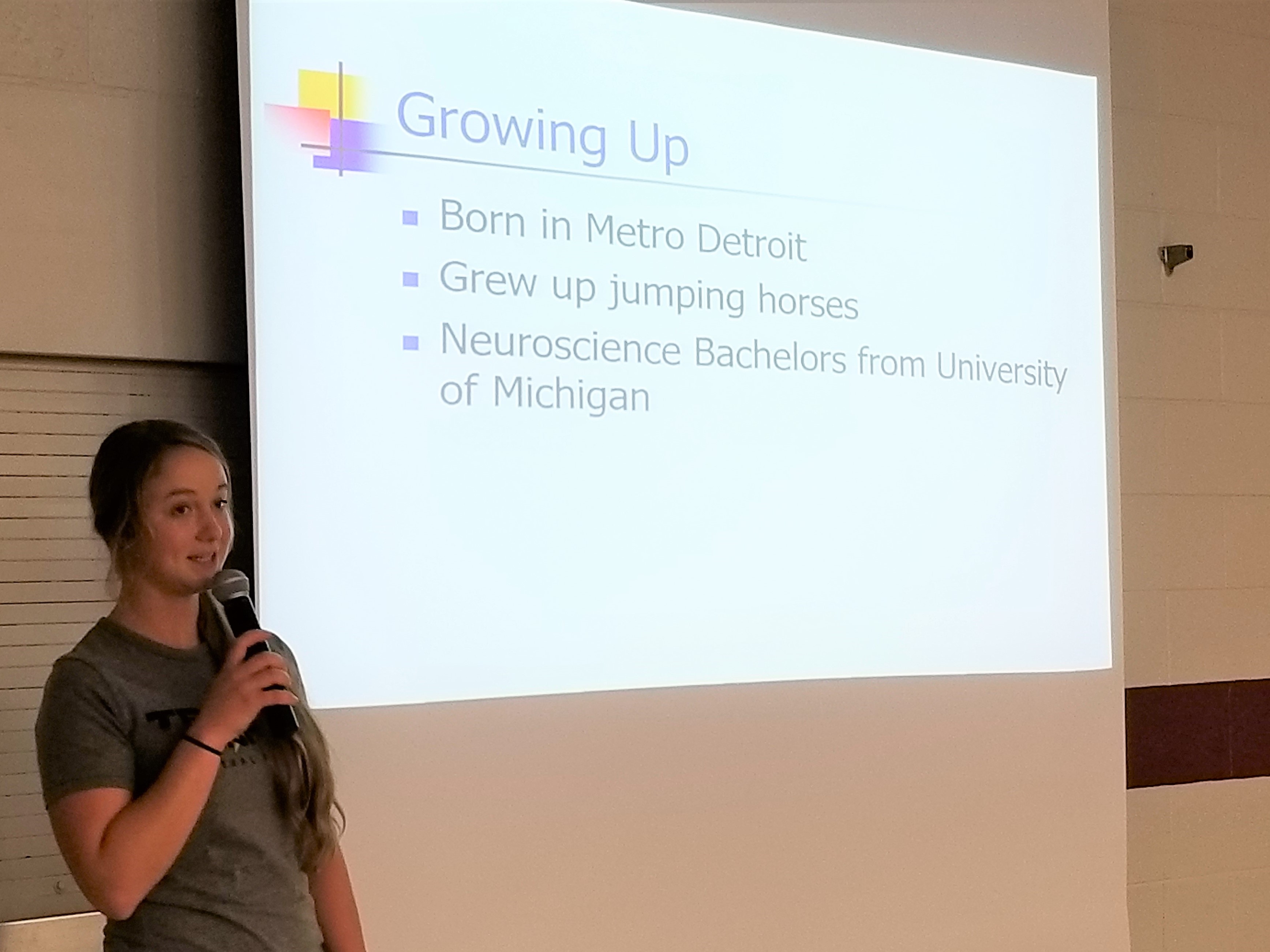 “The Young Inventors program is a collaborative effort with AlphaUSA, Livonia Chamber of Commerce, Schoolcraft College, and the Wayne/Westland, Livonia, Clarenceville, and Garden City school districts.”